A look at what we can expect from our quarterback group in the coming season.

It will come as no surprise that Deshaun Watson will lead the way for our Tigers this season offensively. Considered to be the best quarterback in the nation again in 2016, Watson will have the full weight of another run at the National Championship in the coming season on his shoulders.

In 2015-16, Watson became the first player in FBS history to pass for 4,000 yards and rush for 1,000 in the same season. He led power 5 quarterbacks in touchdown throws over 20 yards (18) and was one of six FBS quarterbacks to post a QBR of 99 or higher, (@Miami 99.2). None of this should surprise Tiger fans, given that he is the preseason favorite to win the Heisman this year with a 5-1 odds. 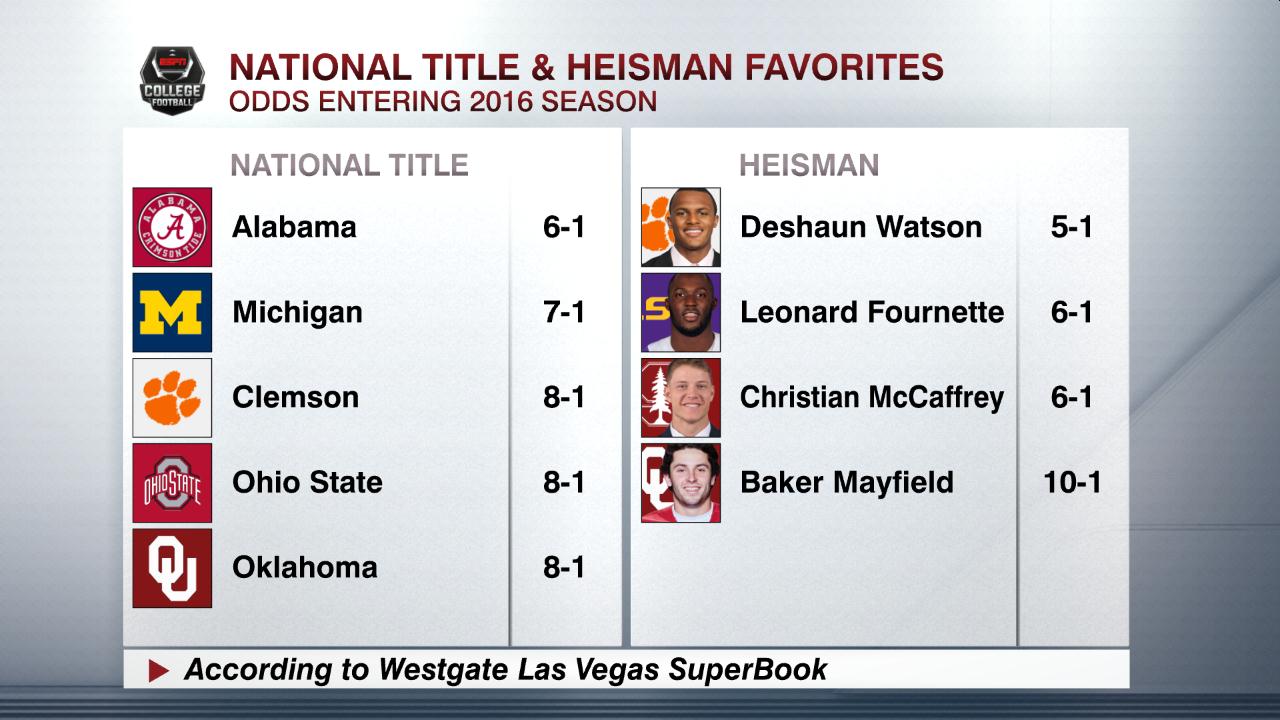 As we come into the new season, it would appear that we will see a similar situation that Clemson fans have become far too familiar with as of late: beat FSU and you're going to the ACC Championship. It has been said by several analysts that the winner of the Clemson/FSU game will make the College Football Playoffs as well. Watson will be the key to securing victories like this and a few other tricky games to complete this hopeful playoff run.

We have come to know what to expect for Clemson quarterbacks as of late. They're usually pretty fast, extremely illusive, quick to make decisions, and contain cannons to throw down field with. Watson is no different in these respects; sure he may not be the fastest player, but his football IQ combined with his athletic abilities make it very difficult to know what he's doing, and the stop him.

Let's take a look at what to expect in the upcoming season from our quarterbacks in regards to the X's and O's:

First we need to understand what offense Clemson runs. You're going to see many variations of the same formation(s): Pistol and Shotgun. The purpose of these formations is to utilize the talent we have on the offensive side. Whenever a team has a quarterback with running ability, setting them up in the backfield guarantees that there will be options of throwing or running on every play.

The offense Clemson uses most often is the read option. This allows for Watson to read the defensive line (or linebacker depending on their defensive set) and decide whether he will hand the ball off or keep it himself. Now, if Watson decides to keep the ball he can run, or on many plays will have the option to pass the ball from there. The effectiveness of this offensive set is incredible, especially considering the defensive mess that goes on in the ACC.

What to Expect from the Read Option:

The read option is perfect for the Clemson offense because of the talent all around. The play's success begins with the offensive line, needing specific blocking assignments from each of member of the line. The offensive line not only must create a potential hole for the running back but they also must be prepared to shift and adjust in case the quarterback takes off with the ball. Deshaun does an exceptional job of reading defensive linemen and linebackers to determine what the best decision will be.

On this play, we see Deshaun set up in a Tight 203 Pistol Left formation. The good thing about this formation is it sets two receivers (Scott and Cain) on the left side in a dangerous, scoring threat position. This also includes Leggett coming out of the back field as a FB/TE who is an eligible receiver and finally a third receiver (Renfrow) coming from the right. That means that Deshaun has the following options on this one play:

The offensive power that can come from a potential 6-option play is astonishing, especially when it is combined with the skill-set of this offensive unit.

Other Offensive Things to Expect:

From an X's and O's standpoint, Clemson tends to use their talent on the outside of the ball for several different purposes:

1st is the ability to use the outside presence as a decoy for the running game. Using the outside receivers to cause the defensive secondary to hold or even drop back in anticipative coverage, allows running backs and quarterbacks in the running game to break off large gains.

2nd is the screen pass. Clemson has become known for its quick screen pass that simultaneously set up the long pass as well as the ground game. The usage of the screen pass is simple, catch and gain a few yards. A successful screen pass gains a minimum of 4 or 5 yards, but has the ability to break off major gains.

3rd with a gunslinger like Deshaun Watson, the deep passing game has become a cornerstone of the Tiger offense. Again and again we will see Clemson set up these long pass plays with bubble screens and draw running plays. By using short yardage play-calls, the defense is forced to send more players into or near the box to account for the potential short yardage threat; and that's when we hurt them the most. With an arm like Watson's all receivers need to do is take off down the field and put their arms out, he usually does the rest. This play shows Watson in a simple 3-step drop, allowing for Cain to get the edge, and then he just slings it to a spot near the end zone.

4th is the touch pass. Clemson does a phenomenal job of utilizing its skill players in key scoring situations. Take this play against Syracuse from last season, Watson is set up to throw a touch, outside shoulder pass to Peake. The ball is put in a spot where only his receiver can make a play on it, keeping the defender about a step ahead of the receiver and out of position.

5th is the fake reverse. Since the spread, pistol and shotgun options have become mainstream the reverse has now become a new way of running the ball that can bring something as small as a shovel pass into a huge gain. The play includes different blocking packages allowing for a runner to have many different lanes to run through. This play allows for Watson to take off while the rest of the defense believes Scott has caught a short shovel pass in full stride and heading with the ball towards the outside. Instead Watson walks to the end zone, joined by a security squad of offensive linemen.

The quarterback group for Clemson, while almost always featuring Deshaun Watson, will potentially toss some curve balls out this season. We learned last year that Kelly Bryant has what it takes to play with the big boys, and is also quite elusive. Remember the 58-0 massacre last season at Miami? Kelly Bryant rushed for two touchdowns that game, to help lead the Tigers to an easy running campaign of a victory.

After the Miami game, we got to see Bryant get more acclimated into the offensive scheme. Against Wake Forest, Bryant found himself running the Tiger's form of the "Wildcat" offense; featuring Deshaun Watson on the outside lined up at wide receiver. This formation could make for all sorts of havoc, especially when teams are not expecting the different personnel on the field, like Bryant.

Watson and company promise to put together another brilliant season with potential post-season play looking promising. The Tigers seem to have somewhat decently easy schedule; excluding games at Auburn and at Florida State. The good news is this team is built to replace what we have lost, and offensively we have done nothing but gained experience. Quarterbacks wise, it won't be shocking at all to see the same type of year we saw out of Watson last year.

I imagine Watson will have a similar year to what he put together last season, most likely scoring 37 touchdowns (35 in 2015) and throwing for around 4200 yards (4104 in 2015). Watson's Heisman Campaign looks to be strong this year; giving Tiger fans the hope of bringing home the first Heisman in Clemson history this season. Considering the Mike Williams situation, the Tigers have done an exceptional job giving the receivers the opportunities they need to step up and become major keys to the flow of the offense.