After yet another miserable outing against the Tarholes, the Cardinals with Pitino await.

This is how I would sum up the basketball season to this point:

What could have been a return to the NCAA type year has instead turned into a year resembling the disaster that was the Milton Jennings/Devin Booker campaign.  It all started with the stud of the program, K.J. McDaniels, going early to the NBA and leaving a massive hole on the roster that just hasn't been filled.  Still, you figure with four returning starters and some veteran reserves that the team could still fight its way to the NIT and the fringe of NCAA selection.  Instead, the team has lost two games to Big South teams and gotten blown out of the gym by both Carolinas.  The schedule does the program no favors as the first stretch of ACC games this year are actually worse than the stretch we termed "The Road to Perdition" last year.  The Tigers fell short of the NCAA last year thanks mostly to that stretch of the schedule and this time the death row could sink the team before the end of January.  Now the team travels to new ACC member Louisville to face unforgiving pressure.

Overview: I mentioned in the review of the South Carolina loss that a certain type of team would really be problematic for the Tigers.  Teams that are particularly strong on the glass and have multiple athletes inside are bad matchups for this team.  South Carolina exposed this and then UNC showed it even more.  Clemson couldn't hang with UNC last year either even with K.J. so you don't want to go too overboard on how that game went.  However, Louisville presents many of the same problems as the two Carolinas.  The Cardinals are 6th in the nation in rebounding (UNC is 2nd, and USCjr is 9th).

Another issue the Tigers have had this season is taking care of the basketball and Louisville is among the very best at forcing turnovers with full court pressure and various matchup zone attacks.  The one shred of hope is how the Tigers were able to beat a full court pressing team in Arkansas, but that was at home.  It is much tougher to deal with that type of attack on the opponent's home floor.

Clemson has just been terrible offensively.  The Tigers rank in the high 200's in points per game, assists per game, and field goal percentage.  Rebounding is only a little better at 93rd, but this team has to rebound well, especially on the offensive end, to help offset the problems it has shooting the ball.  This is where meeting the very strong rebounding teams has resulted in some blowout losses and will probably continue to do so.

When Clemson is at its best, it is able to work the ball inside/out through Landry Nnoko.  Nnoko was a total non factor in the South Carolina and North Carolina contests and it is little surprise things turned out the way they did.  Nnoko is at the top of opposing scouting reports and the team has to work on getting him touches in good areas and Nnoko has to work on making good decisions on when to attack and when to move the ball.  Louisville brings multiple long and athletic bodies to the mix like UNC did and can block shots.  Harrell, Onauku, Mahmoud, and Mathiang (sounds like an effing United Nations council) are all 6'8" to 7'0" and block more than a shot a game.  Clemson is a pretty good shot blocking team and has 73 on the season, but Louisville has 90 as a team.  As for rebounding?  Both 6'1" Terry Rozier and 5'10" Chris Jones average more rebounds per game than 6'5" Demarcus Harrison.  It is hard to think this game will be competitive when you look at those numbers.

What Clemson Has To Do: In games like this on the road, the Tigers have to play about as well as they can and hope the Cardinals have an off night.  That is the reality of the situation.  It is tough to swallow when you see the chickens go out and notch a top 10 road victory over Iowa State.  That squad has taken a dramatic step forward this season as its offense has finally caught up a bit to the defensive and rebounding foundation Frank Martin put in.  The biggest thing is getting some contributions off the bench which is something the Tigers just haven't gotten at all.  This is where the long list of transfers out of the program have really hurt Brad Brownell.  You would say he could be in major hot water had he not gotten that sweetheart contract extension after last year.  This has been slammed multiple times on STS as most of you know.  I have been largely a Brownell advocate and he has the genuine respect of his peers, but roster management and recruiting have been problematic.

Right now it is hard to think that Patrick Rooks, Austin Ajukwa, and Sidy Djitte were good signs.  DeVoe is a freshman so he gets a bit of a pass right now, and Roper has at least given the program some good production at times, but the first three have underachieved greatly.  Ajukwa has not emerged as an athletic slashing wing with some perimeter ability as he was signed to be and Rooks has not produced a reliable offensive perimeter threat off the bench.  Djitte puts the "P" in project as his offensive game is next to non-existent which offsets his good size and decent rebounding ability.  He hasn't taken anywhere close to the steps we saw Nnoko take in year two.  To offset the loss of McDaniels, it was imperative that at least two of the names listed above elevated their games a significant amount.  Right now you can only say that Harrison and Blossomgame are playing at a noticeably higher level than at this point last season.  In a program where it is hard to sign guys that are instant impact, losing guys to transfer constantly before they have a chance to really develop just kills.  I applaud Brownell's defense first mentality but he needs to do a better job of bringing in guys that can handle that so they don't get disgruntled with minutes and leave.

What all this leads to is the Tigers have to have the starting 5 produce in a big way to beat even decent teams.  There is no help at this point if Hall struggles or Nnoko is out with fouls or Grantham has a bad night.  Instead of being a very nice 6th man for the team as he would be if K.J. was here, Donte is having to play a much larger role and has hit a bit of a freshman wall at this point.

In the end, I predict we are going to see a back-to-back beating similar to the trips to Pittsburgh and UNC last season.  I hope I am wrong but there hasn't been all that much to convince me otherwise to this point.  This sums up my mindset at this stage of the season: 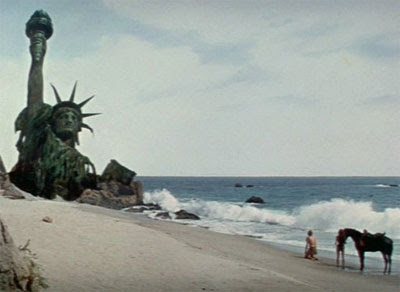