I trekked down the road to visit the brand new College Football Hall of Fame in downtown Atlanta. If you're considering visit when Clemson plays Georgia Tech in Atlanta on November 15th, here's what you can expect.

The biggest positive was the personalization of the experience thanks to the RFID badge they give you at the entrance. Your first stop is to a Kiosk where you select your school of choice and enter your email address. Then, when you approach each exhibit it will automatically cater to your interests, in my case Clemson. When you return home, all videos, images, and recordings from the interactive exhibits you visited are available (for free) on their website. 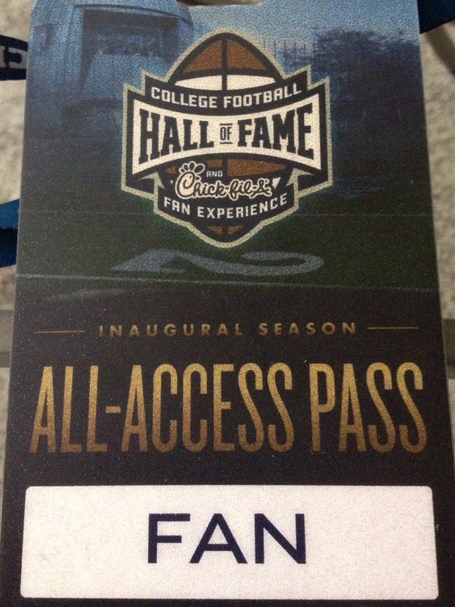 Upon first entering, you'll be greeting by a giant wall of college football helmets. Even the FCS schools are on there. Once you select your school, it'll flash red and light up to indicate that a fan of that university is visiting. 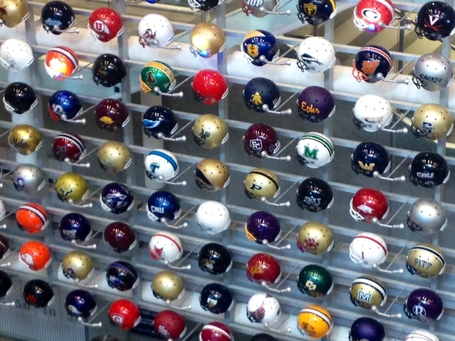 The Actual Hall of Fame Area

On the top floor is the actual HOF area, which was a bit underwhelming. There were no busts or special memorabilia for any of the players or coaches, just plaques organized by the year they were inducted with a long list of names. However, in the center of the room were large touchscreen computers that read your RFID badge and pull up all the Hall of Famers from your school. Each had a bio, pictures, and sometimes a video. Listed under Clemson (I believe many were double listed) were: John Heisman, Banks McFadden, Jess Neely, Frank Howard, Terry Kinard, and Jeff Davis. 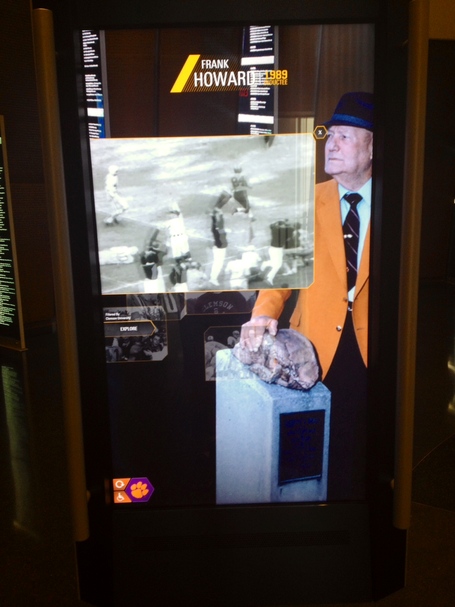 The most obvious focus of the HOF's creators was technology and interactivity. Different stations allowed you to view or immerse yourself in college football pageantry.

They had a exhibit where you could see the Tigers run down the field from from the perspective of someone standing on the bottom of the hill (as well as other college team's entrances and traditions). You could look left, right, up, and down as if you were actually there (though I felt the sound was much too quiet to be truly immersive).

Another exhibit had a booth with some of the most iconic play in the sport's history on a touchscreen inside. There you could put on a head set, pick out the play, and make the call as if you were in the broadcast booth. Maybe the most fun was the mock College GameDay set with a green screen (though it wasn't actually green) where you were the guest picker. The final area was a mini-football field where you could kick a field goal (not to brag, but I was nailing some PATs down there). This was a fun setup and is perfect for those with children and those without.

The biggest negative was the lack of breathtaking artifacts. There were surely some cool ones such as old time helmets, cleats, and uniforms, but not as much as expected. To their credit, they did have one of the five new College Football Playoff trophies on display. 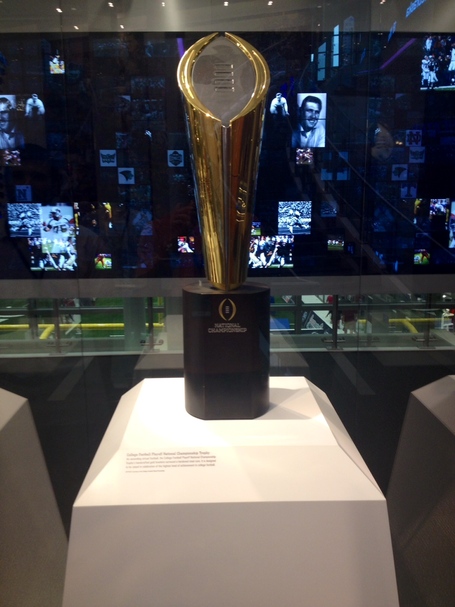 Overall I thought it was a fun time and a good value. I'm not sure that I need to go back until they add the remaining exhibits, but I'm glad I visited. For $20 it was a great value - though I mistimed my visit and got stuck in a Atlanta Falcons parking quagmire. It's all brand new and beautiful. The exhibits are really more of stations with interactive games. There was no Frank Howard hat or anything like that which you may expect, but you could quickly find all the Clemson players and coaches thanks to the RFID chip and learn about our HOFers.

I visited on a Sunday afternoon when the Falcon's were playing so it was a ghost town. I can't say how busy it gets, but I enjoyed being one of only a few guests in the building.

If you don't live in the Atlanta area, it's probably not worth a trip down just to see this (like it would be to go to Cooperstown, or so I am told), but if you're in town or visiting for a game, it's worth a stop for two-three hours. Certainly add it to the list above the GA Aquarium (outstanding but very expensive) and the World of Coke.