BBQ is the greatest of all tailgate foods. Type, sauce, dry rub, it doesn't matter; it is the single greatest item to have at a tailgate. Last year we covered smoked brisket in our cooking series, and today I bring you some BBQ pork. This recipe comes from the interwebs and one of our fellow commentors at SB Nation. I decided to make this over the weekend to have an easy lunch all week, and it turned out great.

Of course I felt I needed a sauce to go with it, and I found an apple BBQ sauce on the internet from Primal Grill. I wasn't sure if there would be too much apple on apple going on, but it worked out pretty well. The sauce lends itself better to eating the leftovers, there is plenty of good sauce from the crock pot, but I didn't like it reheated.

2. In a bowl mix apple cider, apple juice, gloves, and ginger for marinade.

4. The next morning place pork and marinade in crock pot. Cook on low for 8-9 hours, until pork is falling apart. 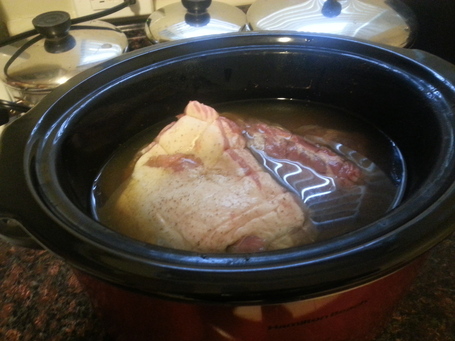 5. Remove pork from crock pot and shred. Pour out remaining liquid, save 1 cup. 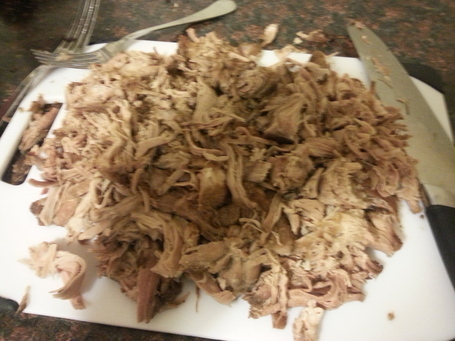 6. Return pork to crock pot, add applesauce, cinnamon, allspice, and nutmeg to pot and mix. Add as much of 1 cup of liquid as needed for desired consistency. 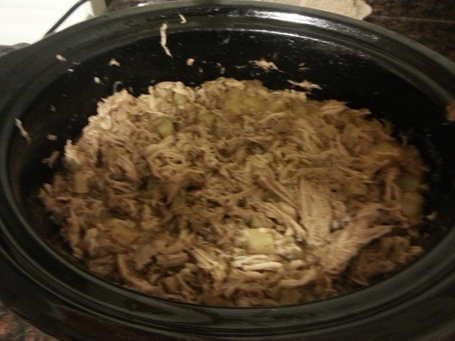 7. Cook on high for 20-30 minutes until everything is thoroughly heated.

8. For the BBQ sauce combine all listed ingredients in a pot. Whisk together and bring to a boil.

9. Reduce heat and simmer for 40 minutes until thick. Season accordingly, sauce should be heavily spiced. 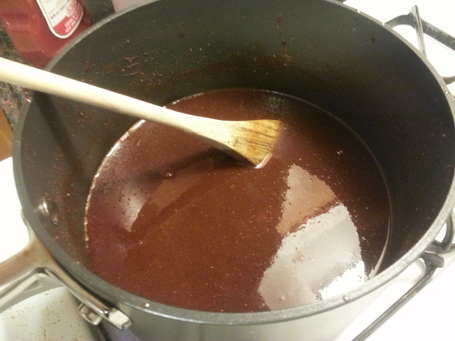