Share All sharing options for: STS Cookin': Bisuits and Gravy

It has been a long hiatus, but STS Cookin' is back with a staple of southern cooking, biscuits and gravy. This recipe comes from a couple places.With all of the noon games we seem to have recently, biscuits and gravy is the perfect way to chase away Friday night's hangover before starting the day drinking.

The biscuits are an Edna Lewis recipe found in The Gift of Southern Cooking. These buttermilk biscuits are pretty solid, and don't turn to complete mush when you slather them in delicious and heart-clogging gravy. The sausage gravy is your basic gravy recipe that I've added a few spices to. I try to keep it simple, and the biggest key is to get the milk to flour ratio right. Gravy removed from heat will thicken quickly, so it is ok if it seems a little runny on the stove, it will thicken.

Step 2. Put the flour, baking powder, and salt in a bowl and mix thoroughly.

Step 4. Add buttermilk to the batter and stir quickly until the dough is blended and begins to stick together. 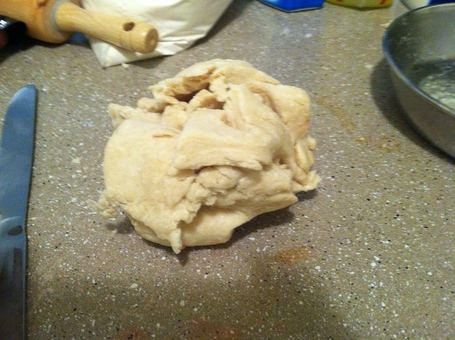 Step 5. Place the dough on a floured board and knead with hands 8-10 times until it becomes a cohesive mass.

Step 6. Gently flatten the dough with hands, and then use a rolling pan to flatten to a thickness of 1/2 inch.

Step 8. Place the biscuits on a baking tray and place in the oven. Bake for 10-12 minutes or until the biscuits are golden brown. 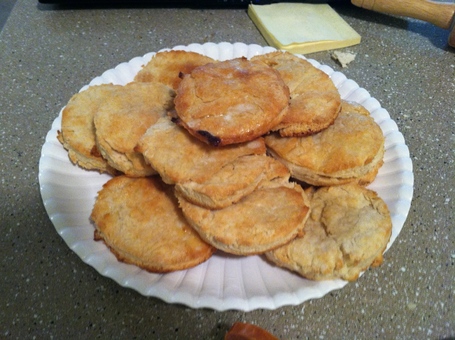 Step 9. While the biscuits are cooking, dump the sausage into a pot and cook until brown. 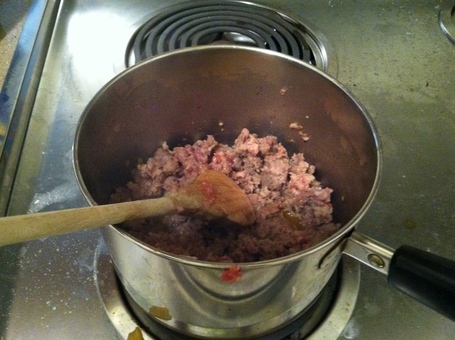 Step 10. Once the sausage has been cooked, add the milk to the pot and bring to a slight boil. 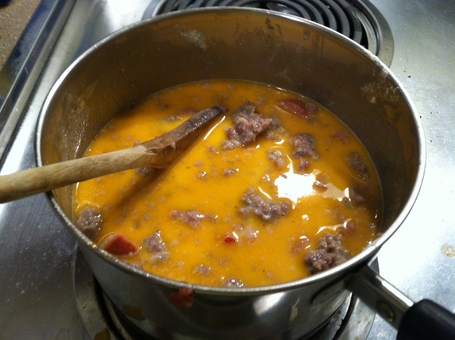 Step 12. Once the gravy is boiling, remove from stove and allow it to cool. 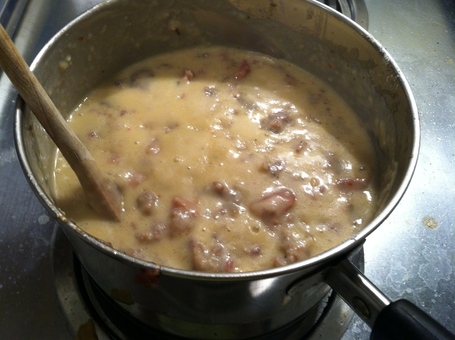 Serve over a couple biscuits, and enjoy those cold November tailgates.