As we await final word on Clemson's bowl destination (Gimme Miami... Gimme Miami) our attention turns to the hardwood as the basketball team has gotten off to a strong start. Next up is a trip to Arkansas.

Clemson sits at 7-1 and boasts the 4th ranked defense in the nation according to KenPom. This weekend, they get a tough road test in Fayetteville against the Razorbacks. It will be Clemson's first game outside the state of South Carolina this season, and should they earn the victory, they'll have an excellent opportunity to finish non-conference play with a cool 11-1 record.

Arkansas (5-2) is currently ranked 52nd in the KenPom team rankings and is Clemson's biggest challenge on the non-conference schedule, save UMass (26th - KenPom). They play a more uptempo brand of basketball and have five seniors on the roster (to Clemson's zero).

Before the hardwood Tigers head to Arkansas for the game, we caught up with Scottie Bordelon at Arkansas Fight to discuss the Razorbacks and our clash this Saturday (2pm, CSS/ESPN3).

STS: I'm not sure it's common knowledge, but Arkansas has an amazing history in basketball. They've played in 29 NCAA tournaments, 10 Elite Eights, six Final Fours, and won the NCAA Championship in '94. It's extremely impressive to say the least! That said, their most recent NCAA tournament appearance was back in 2008. Given that last year's team totaled 19 wins, where is this program at right now and what were your hopes and expectations coming into this season?

AF: The consensus on expectations seems to be to make the NCAA Tournament. That's what I expect also. The keys will be winning on the road, which we have been historically bad at since Mike Anderson was hired and continuing to be virtually unbeatable at home. Arkansas is built to win on the road this year, which is what has me optimistic. I, along with a lot of Arkansas folks, believe this team should make the tournament and will be disappointed if it doesn't happen.

STS: Our star player thus far has been K.J. McDaniels. He's been fun to watch for both his highlight reel dunks and his general improvement season-over-season. Seeing him go up against South Carolina's star freshman, Sindarius Thornwell (and shut him down) earlier in the year made for one of our more interesting matchups this season. Are there any guys on Arkansas we should focus in on this Saturday?

AF: Watch for Michael Qualls and forward Alandise Harris. Qualls, a sophomore, leads the team in scoring (15.6 ppg) and rebounding (6.0 rpg) and is by far the most improved player on the team. He's extremely long and athletic, and a highlight waiting to happen. He's never faced an opponent he didn't believe he couldn't dunk on, and it's got him on SportsCenter's Top 10 plays twice already this season. Adding a jumpshot to his game in the offseason has made him a very dangerous player. The scary part is that he's still developing.

Harris is a bruiser on the glass and a good scorer. He's added a sense of toughness to a team that has lacked just that the last two seasons. His versatility also makes him a tough matchup. He loves catching the ball in the short corners and spinning baseline for a reverse layup. That's his go-to move. Early in the season he was doing his damage off the bench, but Mike Anderson realized he needed to play a bigger role and has started the last few games.

STS: Do you guys break out the Pig Sooie chant in basketball too? That's gotta be the most ridiculous/best chant in sports.

AF: Oh yes, absolutely. And actually, this past summer the "Hog Call" was voted the top college tradition in the XM Radio College Traditions Tournament, beating out Texas A&M's 12th Man, the Army-Nave game, and Howard's Rock, which you are quite familiar with. But yes, we Call the Hogs a lot, and sometimes I think we overdo it. My buddy from Texas often tells me, "You Arkansas folks 'Call the Hogs' too much."

STS: Any final thoughts or predictions on this matchup?

AF: I think tempo is going to be a big part of the game. Looking through you guys' stats, I see you give up only 51 points per contest. Arkansas has scored 76 or more points in every game, including 111 on Tuesday. Something has to give. I'll take the Hogs to win by 10-15 points. I'm definitely looking forward to the game. Go Hogs.

Click here to see our answers to their questions on Arkansas Fight. 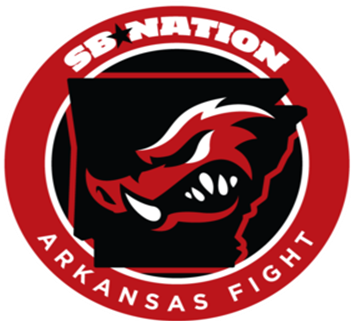