Clemson heads up to College Park on Saturday to try and get back on track. Below we'll examine how the two teams match up based on their depth charts and what the "experts" thought about their players coming out of prep school.

Clemson has the clear-cut advantage (nearly 1/2 star per player on offense, 0.69 stars per player on defense, and a 0.53 overall lead) over the Terps. This puts Clemson back into familiar territory--only trailing Georgia and FSU in our discussions so far this season. The data can be seen below. 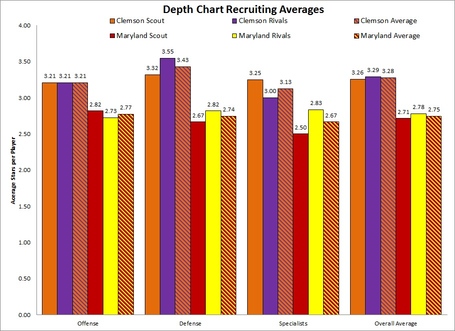