Share All sharing options for: Recruiting Notebook: Commits and Cookouts

So Dabo strikes again and we land two more Georgia peaches with DeMarcus (Bud) Robinson and Tyshon Dye. We anticipated that Bud would probably commit by the start of his senior season so very pleased this happened at the 'All-In Cookout' (while I liked the little play with In and out, I am hoping that we move a bit beyond the All-In mantra, especially after picking up a book titled 'All In' by Gene Chizik--more Auburn hate to follow). He will enroll early and I have already seen him on Twitter recruiting for Clemson, attempting to persuade one Derrick Henry to visit.

Dye was a bit more of a surprise. His recruitment seemed to be down to Clemson and Auburn and I would have personally given the slight edge to Auburn. However, they recently have turned to others on their board, which makes me very happy. Their loss is certainly our gain. Dye is the back that Coach Morris has wanted for some time now and feels fits his offense. He can catch and run for tough yards. Hopefully we will still over-sign for a Green but everything I keep hearing says we only sign two RB's for this class. 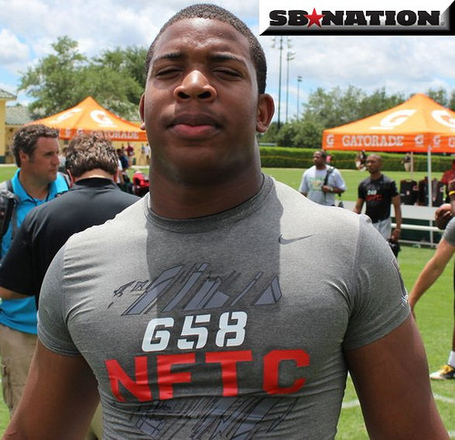