July is here and we are now in a time period with no major college athletic activity going occurring. Fortunately, that means a couple things. (A) The NBA season is over and (B) fall football camp is just around the corner. Until then, all you can do is try and stay cool. This ridiculously hot weather surely will keep people either in the swimming pool or, simply, on the couch but inside with air conditioning.

Silver Bluff standout Cordrea Tankersley now understands that he will not be enrolled at Clemson this fall. The standout athlete will be attending Hargrave Academy this autumn due to ACT scores. I believe one semester will suffice and expect to see him in Tigertown this January. He will be joined by South Aiken's Josh Brown for a semester at the Academy due to standardized test scores. Shaq Lawson is still expected to enroll soon and is just waiting on NCAA approval for course credit earned earlier this summer. I believe McCullough is on pace to enroll for the fall semester and is tying up some loose ends through summer school now. The 2012 class should otherwise be set as we inch toward school's start in August.

Now is the time for the stupidity to start in Athens. Every year you can set your calender to it...UGa football players act a fool in the summertime. The Dawgs lost Isaiah Crowell to weapons charges last week. The following tweet series from the "Fake Crow" pretty much sums it up: 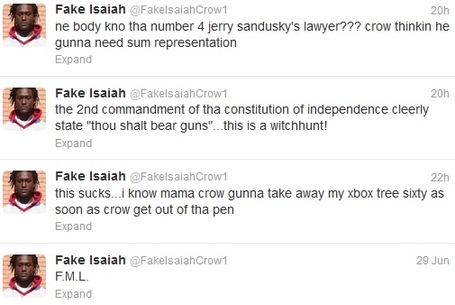 This is a departure from the usual drunken escapades and marijuana possession charges we are used to out of Athens. First off, I can understand some of the reckrecklessness because, well, Athens is set up for that kind of behavior. I also understand dude has been suspended before and Mark Richt had no choice but to remove him and his distractions from the team (Note to coach Richt: Never, ever drug test all your running backs at one time...that really could have hurt you last season). Crow was the #1 running back in the 2012 cycle and was a tremendous talent...all pissed away now. On the positive side, this should move Georgia up the rankings into a more familiar spot in the Fulmer Cup standings.

This week's PGA Tour stop is in Washington at Congressional. That place can set up as a really tough track but also one that can be tamed, as we saw Hunter Mahan do Friday. For many, this will be the final tournament tune up before the big dogs head across the pond to play in the Open Championship. It is a shame that the DC area got dappled via storms Friday night. No fans on Saturday and I am not sure about Sunday. We'll see how the golf course and the players respond to the storm. Personally, I am not happy that a storm went through the area but have enjoyed the tournament without the patrons. Probably it is just because it's something different. The one thing I do wish is for the announcers to quit acting like jackasses and clapping for the players because there is no crowd. Likewise, there is no crowd so the players can just play golf instead of amusing themselves by tipping the hat to the imaginary patron and raising the club to the fan who isn't outside the ropes.

Neckcar got its final tuneup before the 400 down in Daytona next weekend. Friday night saw Richard Childress/Austin Dillon put the 3 car back in victory lane. The familiar black paint job with the scripted 3 looks good running in the Nationwide series. I'll admit, the Bass Pro logo is a bit different than the familiar Goodwrench paint job. I'll be interested to see whether Childress will bring the 3 back to Winston Cup.

On an extremely off topic but one that is jam up...THE ROO CUP. I only endorse items that make a difference in my life and the Roo cup is one of those items. Head on out to your local Kangaroo station, throw down the seven bones, and treat yourself to a $0.25 slushie everyday. I am on the bandwagon, period point blank. 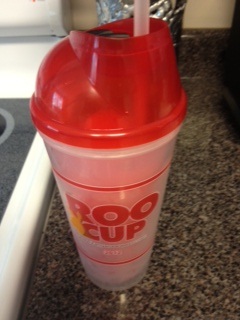 In honor of our country's upcoming birthday, one of these bad boys should be in my closet soon (courtesy of http://rowdygentleman.com): 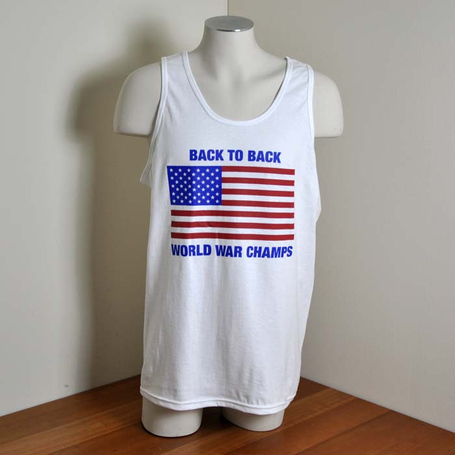 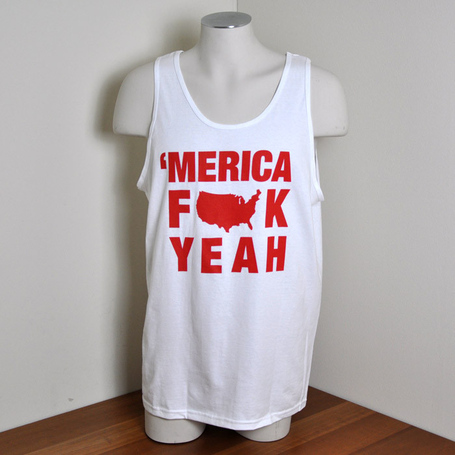 Enjoy the 4th and the month of July. Keep coming back to STS to either (A) better understand Clemson football or (B) get to hear me babble on about things that are flat out badass.