We continue our discussion of how Clemson and the ACC compare to other conferences with a look at the Big East. All data shown in this article was attained through the USA Today website and pertains only to public universities who disclose this information. I'll go ahead and point out that only six teams from the Big East had available data via USA Today. I suppose the source only looked at data for full time members but was surprised to see West Virginia included in this data set but not Pittsburgh. Maybe, like me, they were just confused who is currently a member of the Big East as that conference seems to be a constant case of musical chairs with members who compete in selected sports not called football.

Revenues between Clemson and Big East schools is the first matter we'll examine. Clemson is on par with three of the teams, trails Louisville by over $26 million, and CU raised approximately $20 million more than both Cincinnati and South Florida. Clemson was just above both the median and average Big East numbers. 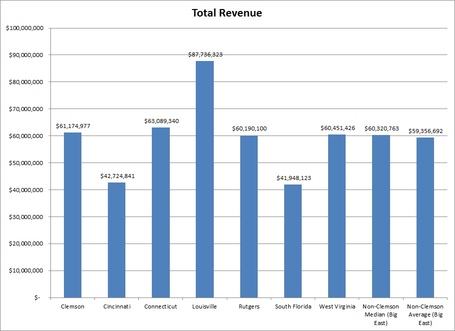 Expense data comparing Clemson and other Big East teams are shown below. The story here is similar to the revenues...Louisville outspent our Tigers by $23 million, Clemson outspent USF and Cincy by about $15 million each, and was within $5 million of the other schools. This put Clemson roughly on even with the Big East average and median. 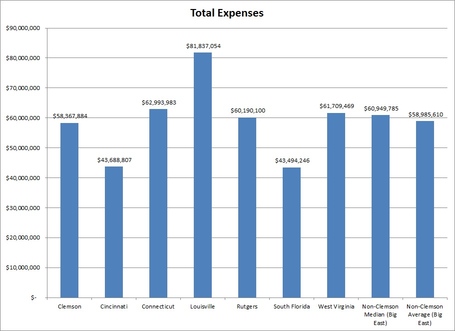 Profit presents a more interesting set of data. As shown below, Clemson had a higher net income than all but Louisville. In fact, outside of UL, only UConn was in positive figures out of the Big East's sample with Rutgers breaking even. Clemson was well above both the Big East median and average. 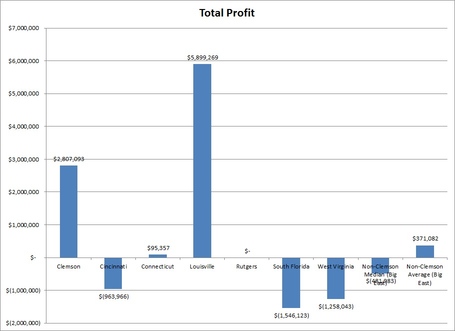 The ACC, overall, fared much better than the Big East in generating revenue. The ACC average and median were both over $15 million more than the Big East. Typical ACC representative expenses and profits also eclipsed the Big East's. 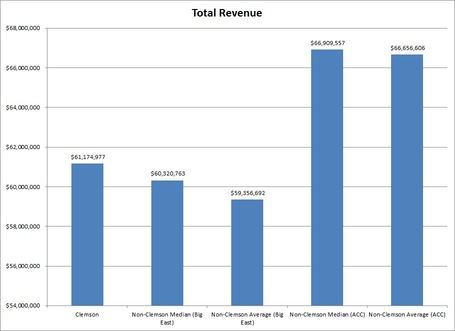 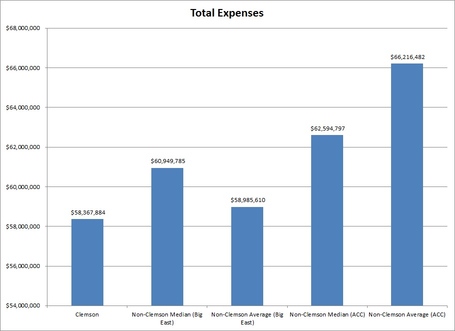 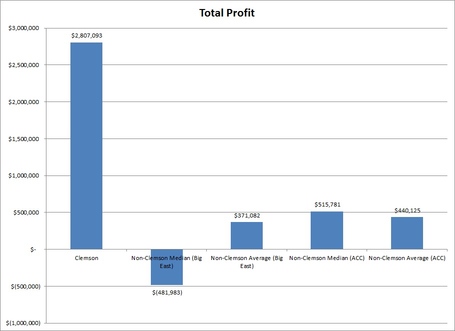