Inside the Clemson Offense: Pistol Formations from CU's Offense

Share All sharing options for: Inside the Clemson Offense: Pistol Formations from CU's Offense

We expect base formations out of the Pistol formation to be similar to other formations Clemson uses with Chad Morris' standard gun applications. The real differences lie in the backfield positioning. As we discussed earlier, the QB will be approx. 3.5-4.5 yards behind the LOS and tailback will be 7 yards off the LOS directly behind the QB and center.

We gave a primer on what to expect formation-wise out of CM's HUNH offense prior to last season. Most of the items discussed there will carry over into Pistol looks as shown through illustrations. Nothing is necessarily new, as Clemson used some of these concepts last season: 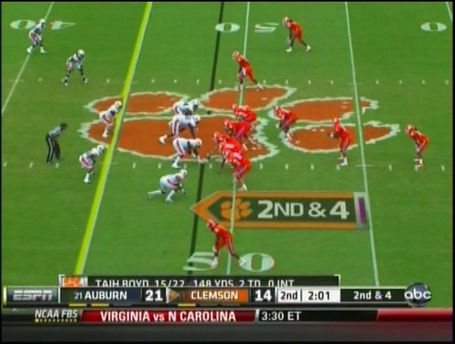 We'll first delve into the nomenclature of the Clemson offense and attempt to stay consistent with this information through our progression. We tried to tweek our original player description to match what we'll see in Pistol and here is what we came up with:

**Note, depending on hash position, some of these roles will alternate. For instance, Watkins will roll into either the 2 or 5-whichever is away from the boundary. We'll also make TE adjustments between 3 and 5 based on field orientation and matchups.

The original Pistol as developed by Chris Ault at Nevada was a morph of the I-Formation and, thus, lined the TE up regularly in a three-point stance on the LOS. Clemson will likely steer away from such and stick with items currently in the HUNH offense. We'll focus on what we expect out of the Tigers this fall in this post then give potential options that require some changes in a future article.

The first formation we'll look at is the base formation. This is the Spread Doubles (or Flex Ace) formation.

This is Clemson's current base formation and I assure you the Chad will incorporate it into his pistol arsenal.

Below are the two trips looks you'll see. You probably noticed that Clemson likes to maintain left and right receivers and build upon that strategy, hence trips left is not the mirror of trips right. 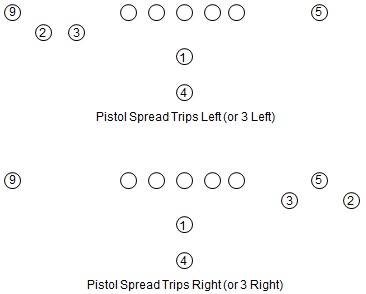 Morris likes to pull the (typically TE) 3 man into the formation to generate running strongholds. These formations reflect what we saw last season and are commonly referred to as "Stack" formations. Typically there is motion involved here and we will discuss such in a later article. The stack formation places the 3 man inside the tackle and in an excellent power running position. 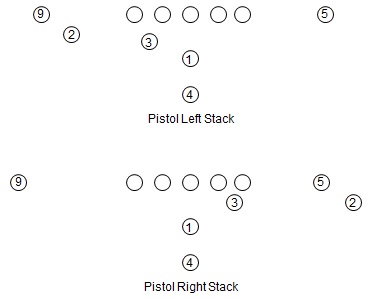 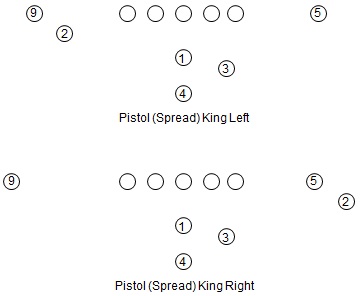 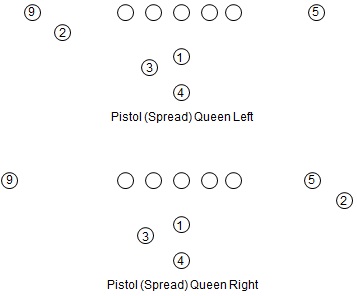 The last item we'll discuss is the "inverted bone" concept. We saw Clemson use this last season at times and will surely see it moving forward. This look combines the "King" and "Queen" items seen earlier into one formation. While one initially thinks this is nothing but a power running formation, Chad Morris used it last season to provide some play action and max protection for Tajh Boyd. 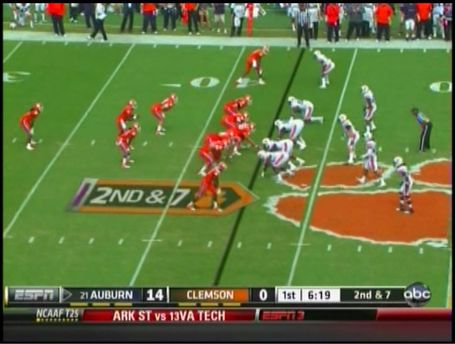