A little later than I expected, but the University has their groundbreaking ceremony for the IPF friday afternoon. The facility cost is in the ballpark of $10 Million and they do have designs on further additions once this initial construction is completed this fall, assuming good enough weather over the summer.

Construction plans are here, and its a large download.

The Littlejohn Coliseum upgrade is still in the early bidding process to my knowledge, and I hope the construction there is slated to begin after next season is complete at the latest. The cost there is $5 M, and frankly should be beginning already because IPTAY has $40 M in the bank.

The internals of the Training Table are basically completed, and now we'll see what furnishings get installed: 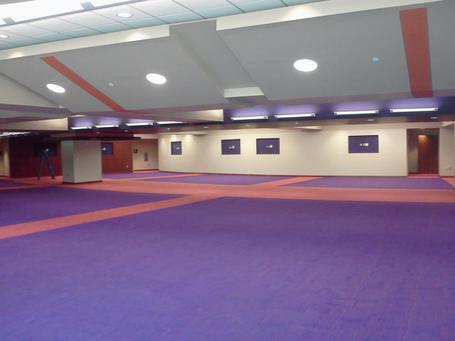 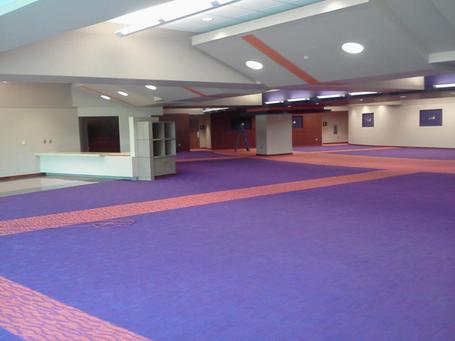 Now Dabs doesnt have many excuses left for 40 point losses.

- As an aside, you know things have slowed here and we're contemplating the offseason study topics for football. We'd like to hear your opinions on things you'd like to understand better. We are planning to hit on the Stoops/Oklahoma defensive differences vs Steele's (which aren't that numerous, its just simpler), some OL play, and perhaps some Pistol, but we'd like to hear what else might interest you all.