Figure 1 and Table I both show an average of offensive players, defensive players, and specialist listed on the two-deep roster. Tables II through IV show the two-deep roster used for analysis along with the recruiting ratings for each player on the roster. Clemson dominates these numbers all across the board, out-recruiting Wake up and down the board. We'll see if Clemson can turn this definite talent advantage into a victory during this short week in Winston Salem. 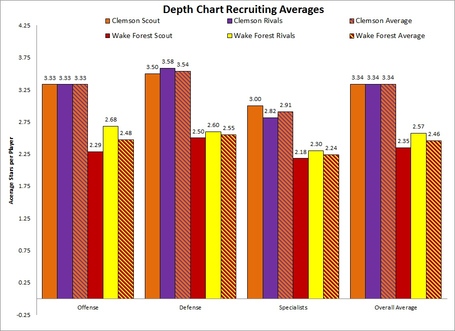