Since we were all talking about Tribble Reese leading the Tiger Walk this weekend,apparently TDP did not know, and thinks that Dabo didnt either. This was sent by TDP today in a reply to a complaint, posted on TI:

I am also very dismayed this occurred. This should have never happened and was not cleared by me. And, I assure you, Coach Swinney was not aware this happened. This will be corrected and, again, I apologize that this occurred. 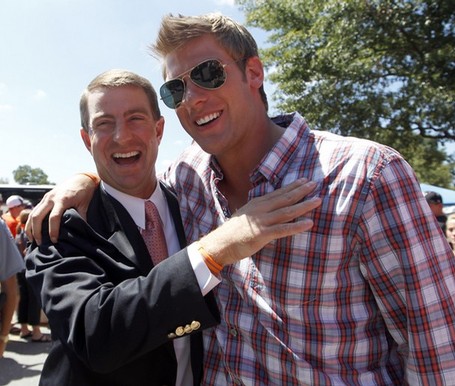 Phillips said it would not happen again.

Swinney was not available for comment Monday, but a spokesperson confirmed the coach was unaware of what transpired until after the fact.

Reese and the women also had sideline passes but watched from a corner of the field opposite the Clemson bench near the foot of the hill.

Phillips said he did not learn of it until Sunday, then spoke to Swinney.

"This perception of involvement with Tiger Walk should not have ever happened," Phillips said in an email to TigersNow.com.

"This is very poor and I am very dismayed," he said. "But let me be clear," he said. "It will not happen again."

Maybe "Coach" Munson set it up? 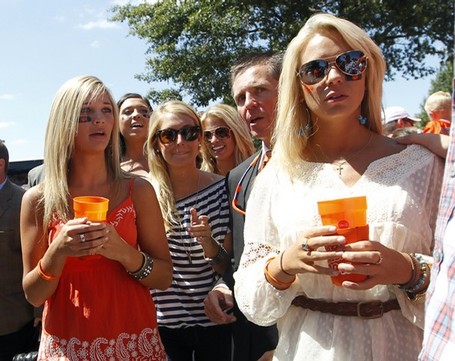 I'll let you caption the picture as you see fit.