We wanted to look at how Clemson matched up talent-wise against some of last year's foes.  Today we compare Clemson and Auburn circa September, 2010.  We were able to obtain the two-deep roster posted on Tigernet prior to the Clemson/Auburn matchup for this exercise (special thanks to T-Net for this info).

On paper, and strictly from a Rivals/Scout rating perspective, this contest appeared to be a pretty even matchup in terms of two-deep talent. 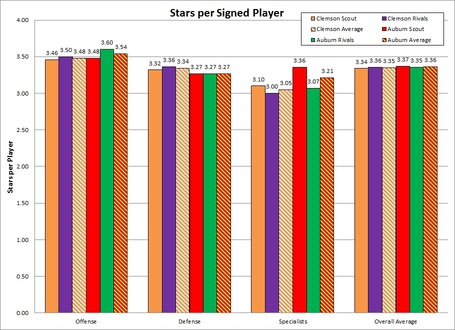