Table I and Figure 1 (below) both illustrate Clemson's ranking based on OL class size since 2006.  Clemson (at 3.83 players per class) recruited fewer offensive linemen than Boston College, FSU, and UMd.  The Tigers recruited more players than NCST and Wake.  Overall, the average ACC Atlantic football program brought in nearly ½ a lineman (4.30 per class) more than Clemson did from 2006-present.  Interestingly, Florida State averaged two more linemen per class than Clemson over this period. 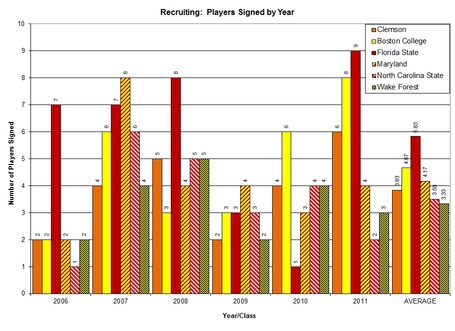 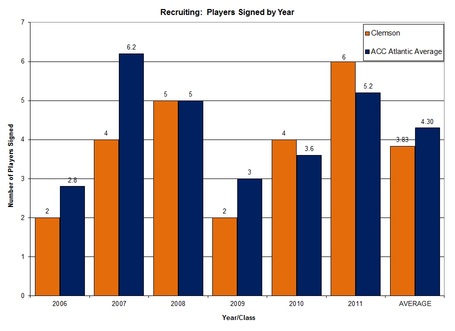 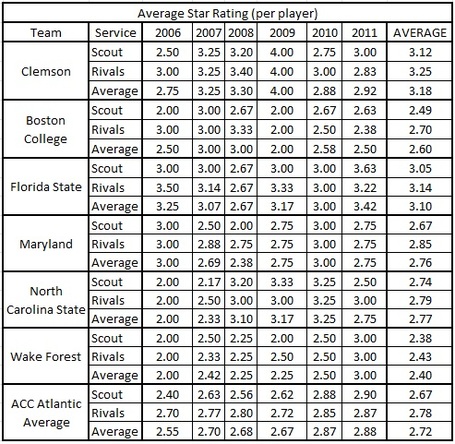 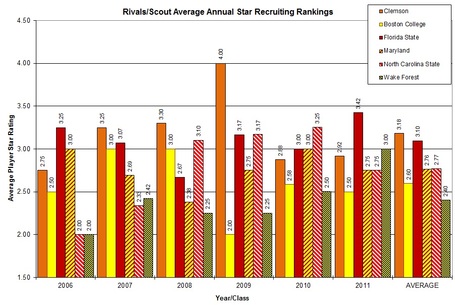 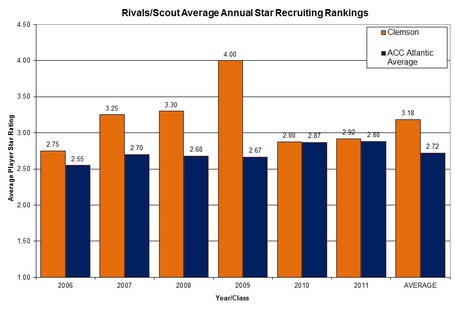 Overall, Clemson appears to be on-par with their ACC Atlantic counterparts in the "stars per player" category.  The Tigers were behind (and, in the comparison with FSU, way behind) the majority of their ACC Atlantic foes in the number of offensive line recruits signed per class.  We feel as though Clemson needs to improve in the quantity signed aspect of OL recruiting.