We move forward in our position recruiting review with the defensive backs.  For this exercise, I have lumped the corners, safeties, and general DB's per www.scout.com in the defensive back category.  I've placed the criteria for this analysis here.  We are overlapping but, in an effort to properly classify the "athletes," we are including them in both this effort and the receivers' effort.

Table I and Figure 1 (below) both illustrate Clemson's ranking based on DB class size since 2006.  Clemson averaged bringing in more defensive backs (3.17 per class) than all but one of the schools in this survey (South Carolina pulled in 3.50 players per class).  Clemson pulled in three or more DBs in every class except 2009.  Clemson's pure numbers look good here compared to other schools around the Southeast.  On average, the Tigers brought in ½ a defensive back per year compared to other schools listed below. 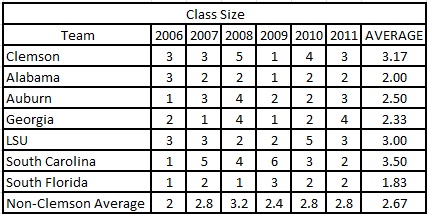 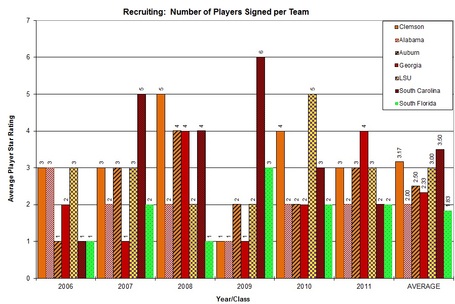 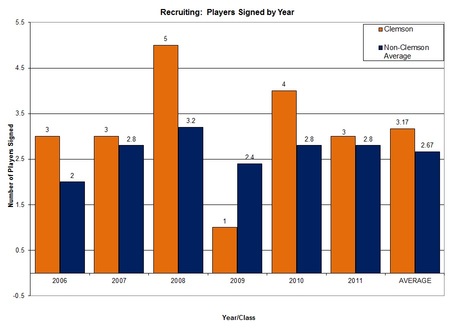 Table II and Figure 3 show the average star-rating per player for each team, as shown below.  Clemson (3.36 stars/player) was better than the average star-rating of the other teams listed in this article 3.27). One should note that South Florida brings this average down a good bit with their less than impressive 2.53 avg stars per player.  Alabama, Georgia, and LSU brought in higher average star rated talent than Clemson during this time period.  Thus, Clemson is appears to be about average in the stars per player category. 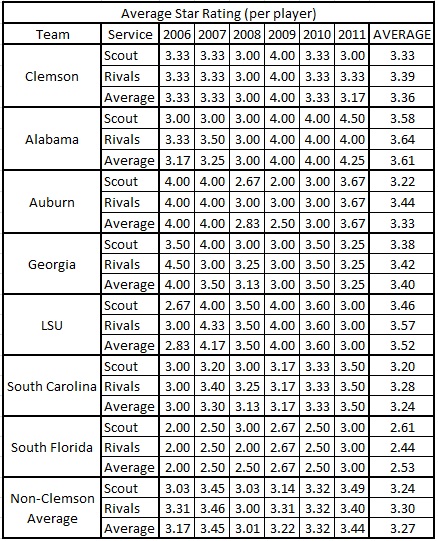 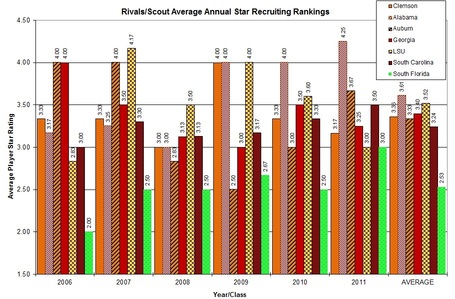 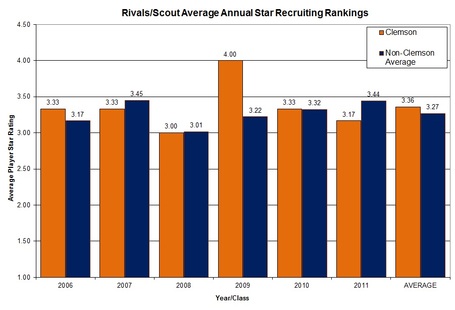 Overall, Clemson appears to be on par with its Southeastern counterparts.  Clemson’s recruited defensive back talent (on a stars per player basis) is about average for the group.  The Tigers did, however, bring in more players than almost all of these foes.  Good talent combined with high quantities reveals that the Tigers did an impressive job recruiting DBs from ’06-’11 even when the outlier ’09 class is included in the analysis.