We move forward in our position recruiting review with the defensive backs.  For this exercise, I have lumped the corners, safeties, and general DB's per www.scout.com in the defensive back category.  I've placed the criteria for this analysis here.  We are overlapping but, in an effort to properly classify the "athletes," we are including them in both this effort and the receivers' effort.

Table I and Figure 1 (below) both illustrate Clemson's ranking based on DB class size since 2006.  You will notice that Clemson signed more DB's than any other ACC Coastal team.  In fact, other than CU, only UNC averaged more than two and a third DB's per class.  If you look at the overall statistics, Clemson recruited almost one DB per year more than the average ACC Coastal team between 2006 and 2011.  All of these numbers came despite an extremely slim 2009 class for the Tigers. 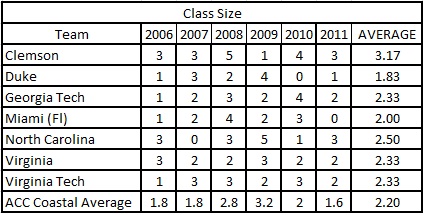 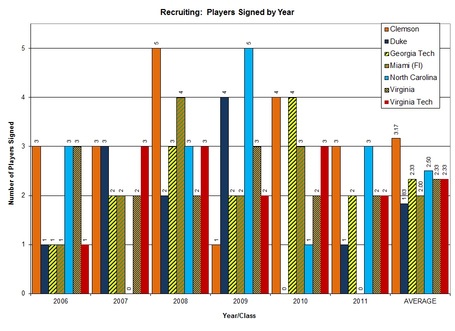 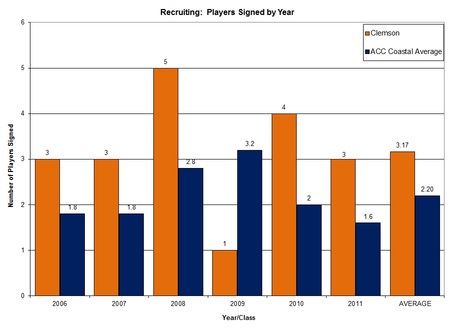 Table II and Figure 3 show the average star-rating per player for each team.  Clemson (3.36 stars/player) crushed the ACC Coastal average (2.86 stars/player).  Miami had a better stars/player average (3.59) and Ga Tech was able to average over 3 stars per player.  Else, Clemson is much better in this category.  Like the Atlantic DBs, Clemson was at 0.5 stars better than middle of the road in the ACC-Coastal. 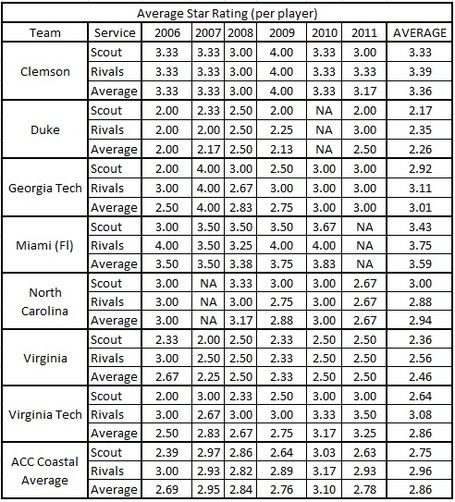 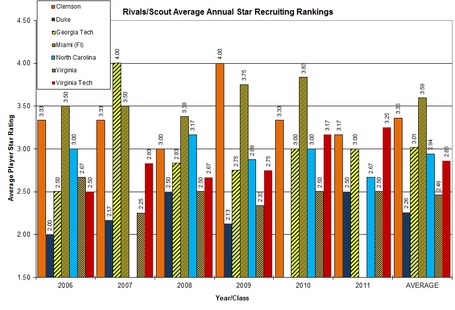 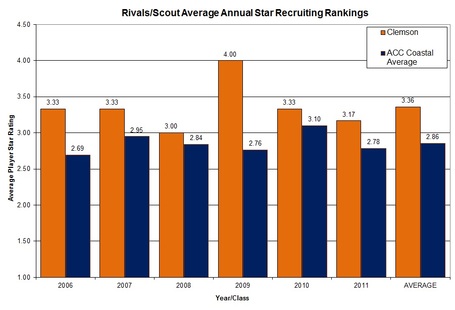