Table I and Figure 1 (below) both illustrate Clemson's ranking based on OL class size since 2006.  Figure 2 shows how CU compares on average to its non-ACC foes overall.  Clemson (at 3.83 players per class) recruited fewer offensive linemen than any of the non-ACC teams that we examined.  The Tigers, on average, recruited more players than GT, UNC, and Virginia Tech.  Clemson trailed the average by over 0.60 linemen per class.  Interestingly, the team with the next fewest signed linemen was Alabama (4.17 players per class), who recruited about 1/3 of a lineman more per class than the Clemson Tigers. 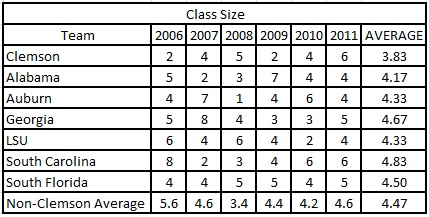 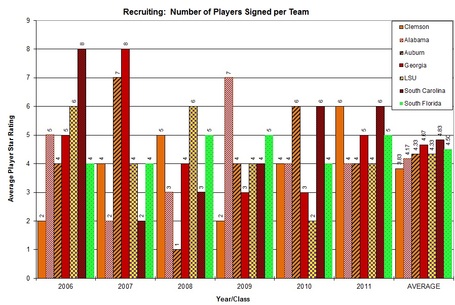 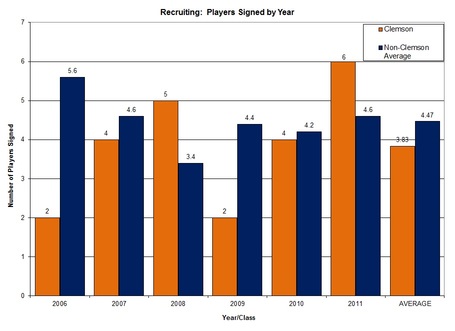 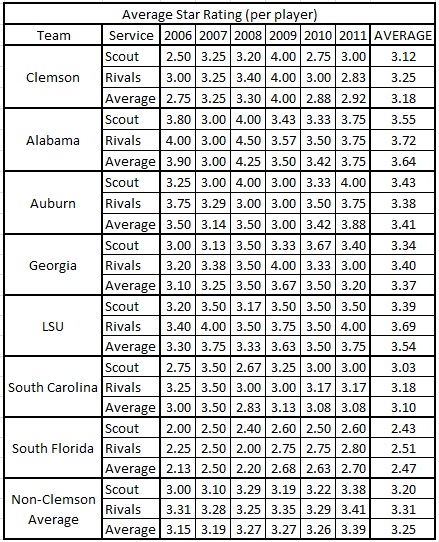 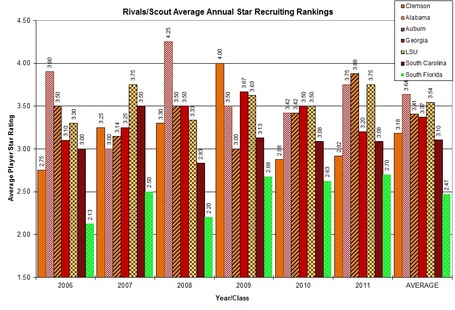 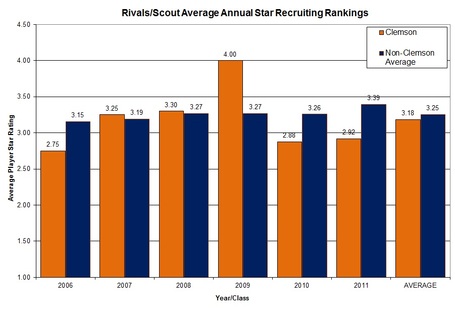 Overall, Clemson got covered in general by the rest of the field throughout this analysis.  Clemson brought in the fewest linemen of any of the teams we looked at here.  Clemson also trailed four of the six teams polled in terms of stars per player.  While we at STS always want to recruit and sign the best players possible, we think that the lack of numbers signed is much more detrimental than the ability of those who were signed.  We would like Clemson to increase the number of linemen signed each season and get on par with our non-ACC foes in this area.