Share All sharing options for: Clemson vs Non-ACC RB Recruiting: 2006 to Present

Table I and Figure 1 (below) both illustrate Clemson's ranking based on RB class size since 2006.  Clemson averaged just over one (1) RB signee per recruiting class and did not sign an RB in 2007.  Clemson signed the fewest amount of running backs out of this group over the six year period.  Alabama, Auburn, and S. Florida led these teams with 12 total signees and Georgia followed closely with 11 signed.  LSU and SCAR finished with 1.5 average RB recruits per class.  LSU, however, is listed as having zero Scout.com listed RB signees in '07 and '08 which leads me to believe that other position players/athletes (as listed by Scout) from either of these classes may have been converted to RB upon arrival on campus.  Clemson was well behind the division average in RB's signed per class as you see below, trailing the average by 0.6 recruits per class. 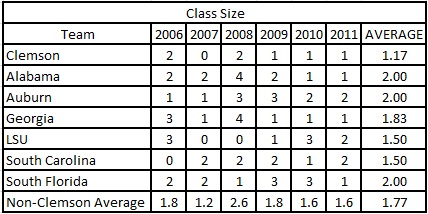 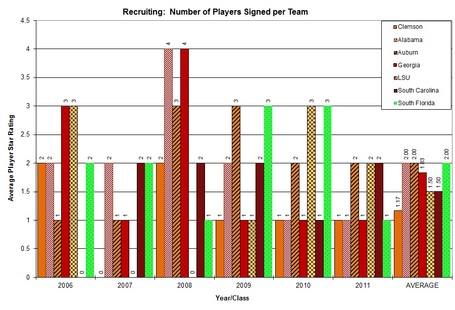 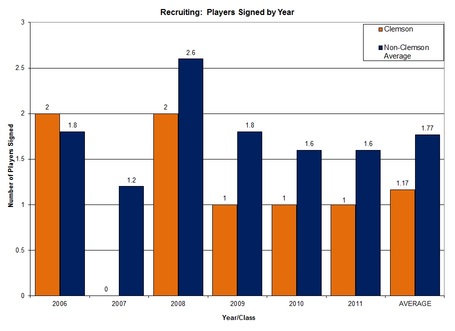 Table II and Figure 3 show the average star-rating per player for each team.  Clemson (3.85 stars/player) was extremely competitive based on star rating.  The Tigers narrowly trailed Alabama (3.9), Georgia (4.14), and LSU (3.96) in the average star rankings. Clemson closely "out-starred" South Carolina (3.8) and Auburn (3.72).  South Florida was at the bottom of this group at 2.93 stars per player.  The average (omitting Clemson) was 3.71 stars per player, Giving Clemson a 0.14 average star advantage over these teams. 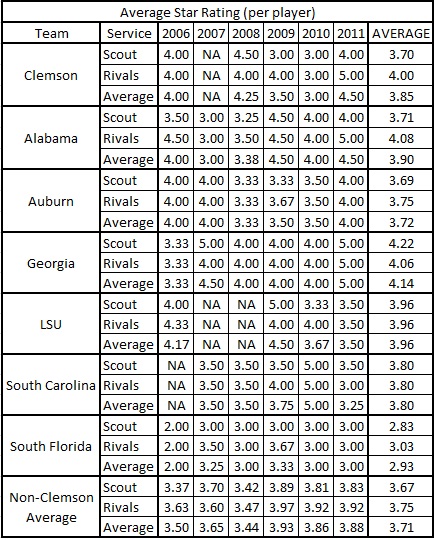 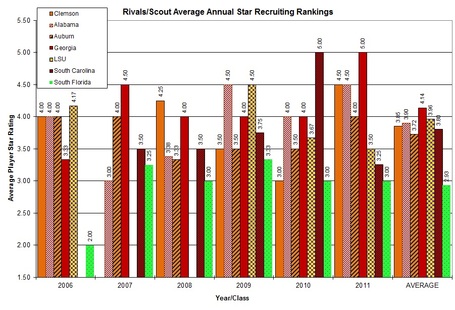 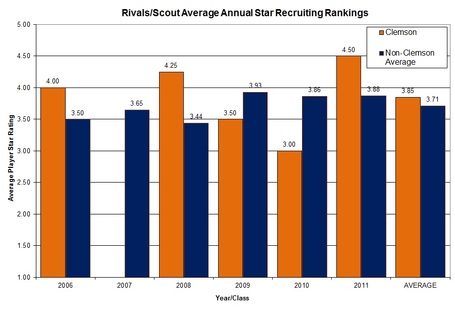 We have discussed the numbers needs earlier and think Clemson does bring in enough RB's at over one per class.  Clemson did trail other schools around the Southeast in this category and should look to add an extra back or two when it is possible.  Clemson has, however, held its own when you look at average star ratings and we are pleased with the quality of the RBs signed out of high school when compared to all competition through each analysis.