Thanks to www.clemsontigers.com and www.espn.com for statistics and some visuals.

Jeff Bzdelik is in his first year as Head Coach of Wake Forest and it's been a rough one.  Wake Forest was expected to take a step back this year after losing Al-Farouq Aminu and Ishmael Smith to the NBA, as well as Tony Woods transfer to Louisville.  What wasn't expected was three giant leaps backwards, which is what has happened.  Wake Forest has an RPI of 252.  For a point of reference, the worst RPI of any ACC team the previous 5 seasons was 159 by Miami in 2006-2007.

Bzdelik came to Wake Forest from Colorado after Dino Gaudio was somewhat surprisingly fired.  Bzdelik never had a winning record in his 3 seasons at Colorado and ended his stint there with a 10-38 conference record.  It was an interesting hire, to say the least.

Come inside to take a more in depth look at this Wake team..

Bzdelik inherited a very young, but talented basketball team.  Wake Forest's 2010 recruiting class brought in 5 new players and was ranked the #12 class in the country according to Rivals.  Wake relies on the freshman to play significant minutes.  4 out of the 5 freshman are averaging better than 16 minutes per game.  SF Travis McKie (pronounce Mc-eye) and SG JT Terrell, both freshman, lead Wake in scoring at 12 ppg and 11 ppg, respectively.

The stats above were for all games.  Now lets take a look at conference games, which is somehow significantly worse:  Offense - 0.90 points per possession, Defense - 1.17 points per possession.  Those numbers add up to an average loss of -18.5 points per game.  That is incredibly atrocious.  This Wake Forest team is the worst ACC team I can remember watching.  Needless to say, I expect Clemson to win and I expect us to win comfortably. 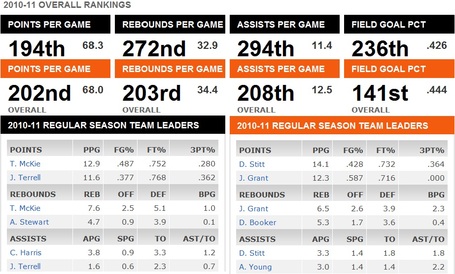 ** Please include this text at the bottom of your post** PLAY THE MARCH TO THE CHAMPIONSHIP GAME AND YOU COULD WIN A TRIP FOR TWO TO LAS VEGAS! LOOK FOR THE CODE INSIDE SPECIALLY-MARKED PACKAGES 12-PACKS OF BUD LIGHT ENTER CODE AT FACEBOOOK.COM/BUDLIGHT ----- No Purchase Necessary. Open to U.S. residents (except CA & TX) 21+. For a chance to win a Grand or First Prize, Game Period 1 begins 3PM CST on 2/14 & ends 3PM CDT on 3/18. For a chance to win a First Prize only, Game Period 2 begins 3:00:01PM CDT on 3/18 & ends 3PM CDT on 4/30. To participate, obtain a Code from inside specially-marked packages of Bud Light beer or to request a Code without purchase, visit budlight.com/freecode during a Game Period. Limit one (1) free Code request/day/person or email address. To play, text HOOPS to BEERS (23377) & follow prompts or visit budlight.com/freecode & follow instructions. See Official Rules inside package or at budlight.com/freecode for complete details. Void in CA, TX & where prohibited. Enjoy Responsibly – ©2011 Anheuser-Busch, Inc., Bud Light® Beer, St. Louis, MO