Bye week.  That means sitting around the house and being lazier than usual on a Saturday and getting the opportunity to watch everyone else play football.  Here are some thoughts about the football seen to this point.

Miami:  We got to see exactly what we have missed for the past year or so, Dave Wannstedt going all Dave Wannstedt on us.  We know the Dave-man for two things:  a sweet stache and an uncanny ability to get his teams to the 0.500 mark.  I'll start with the football then move over to the facial hair.  Wansnstedt has made a lot of people a lot of money.  When it came to NFL football, you could bet on two sure things:  Cocaine Wayne (Fontes) would find a way to start the season 0-5 then ride Barry Sanders to a miraculous playoff appearance only to lose in the first round and Dave Wannstedt will find a way to go 8-8.  No matter the talent, Dave played up (or) down to mediocrity.

Now to the badass portion of DW.  His mustache is so cool that actual porn stars are jealous.  If he would just invest in an IROC-Z--wth T-Tops, of course--and grow out the mullet he would be a cultural icon.  Come on Dave, all we want is a Camero in every driveway and a little "business in the front, party in the back" haircut.  You know, Dave, the old 10/90, the Tennessee tophat, the Kentucky waterfall, the old "Achy Breaky big Mistakie", the LPGA cut, the soccer rocker, the Camero crash helmet.  Get is going and STS (at least FF) will put on a DW watch to keep the viewers up to date on how Pitt does on the field and the status of the stache, hairdo, sweet ride. 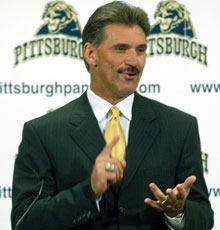 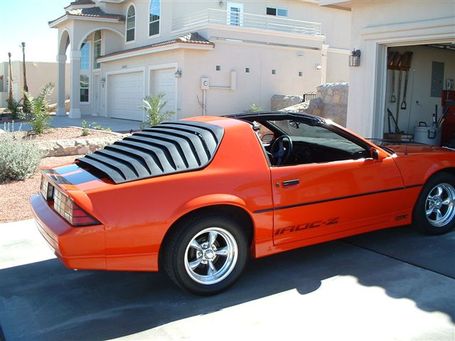 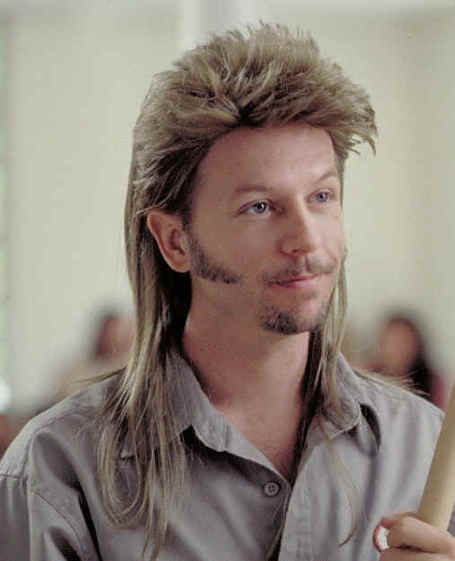 Admittedly, I only paid attention to the first quarter or so of this one.  What I saw was a Jacory Harris who has loads of talent but will make mistakes.  Harris tosses the ball around the other night and, if he is really on, has shown me that he can hurt the opponent.  Fortunately for Clemson, he completes a lot of passes to the opposition.  These guys are pretty good (especially if they take care of the football) but are definitely beatable.

Georgia Tech:  The Yellowjackets look like crap today.  Something must be wrong with Paul Johnson, as he has already called three plays that involve a forward pass.  GT has made tons of mistakes and are fortunate that NC State has had their own problems.  The stupidest part of Tech's game today is that piece of crap "three bears" punt formation.  You know, the formation that requires 5 yard splits and almost guarantees at least one blocked kick per three attempts.  Why a team would think that lining up in such a fashion that three defenders can shoot a single gap is a good thing, I don't know.  I do know that before I hired any coach I would show him a picture of this formation and ask his opinion.  If said coach even had the smallest praise for this dumbass formation, I would tell him to get out of my office.  Also after watching GT's tackling abilities, it appears as though Al Groh is still playing checkers in an ACC chess match.

Maybe Tom O'Brien has gotten it together at NC State.  They beat up on Cincitucky last week and are holding up on Tech at this point.  O'Brien is a good, tough coach who has had quite a few injuries to his squad.  I still don't have enough evidence that they have elevated their playing level to date.

Marylandis getting its clock cleaned by Florida International.  Not good for our big buddy in College Park.  If Maryland can pony up the cash, this should be the last year of Ralph Friedgen/James Franklin at UMd.

Enjoy your bye week and feel free to comment here about any games of interest you may be watching today.