Offensive Concerns...and why the concerns are so offensive to us

Share All sharing options for: Offensive Concerns...and why the concerns are so offensive to us 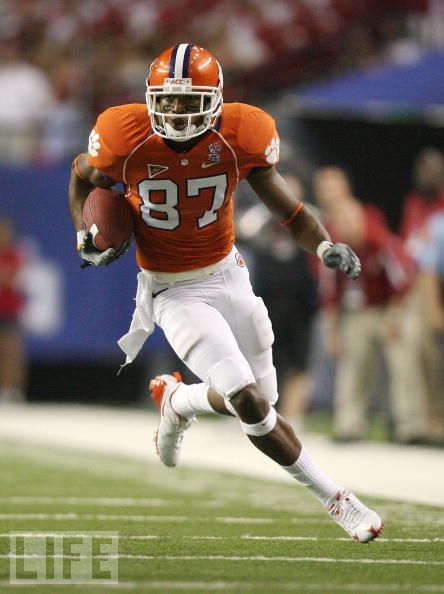 There are a couple of issues that I would like to go ahead and put on the table and evaluate as we approach football season then continue to monitor during the season. I also want to caution the reader about this article. These are concerns and thus will probably appear to have a negative connotation. In reality, we are worried about this program and really want to see improvement and feel that these are items that are likely to limit this team as we get deeper into the '10 schedule.

I will admit that I am concerned about this team offensively. I won't rehash all of Dr. B's post, but will fire off a few takes and concerns regarding where we are andwhere we are going. The two areas that seem to concern us annually are not disappointing us this year. I will ignore the Oline questions and focus on the forward pass.

From all indications, the progression at wide receiver (especially on the surface) is appalling. Why do we not have receivers who have athletic ability AND understand the offense? For a player--specifically a receiver-- to be in school for over a year and not understand how things work is ridiculous. I don't really care how many routes were run in high school, these guys are collegiate athletes and should be able to run routes, especially after at least one fall and spring of running such. While all these guys may not have been getting 1st team reps last season, they all have gotten reps either with the 1st/2nd team offense or on scout team. Napier may be more innovative than I give him credit for, but I have yet to see a route run by the Tigers that our opponents do not run. We went over nine (9) of the most basic routes that can be run here and the basics of how to line up and run these routes here and here. This stuff is not exactly advanced quantum mechanics, so I really do not understand where the disconnect lies.

(more after the hop)

We have said it before and we will stand behind our stance that the receiver position should be one of the simpler positions to learn offensively--especially when compared to blocking schemes and QB responsibilities. Repetition is the key to success. Coaches should be able to show the players the basics very quickly and run them over and over until the receiver knows his role by heart and is able to consistently perform his base duties as almost second nature. Once you get this base down, the receivers can work on the finesse portions to become great receivers.

At this point, we apparently don't even have good receivers who are (currently) ready to take the field and help this team move forward. I personally don't think that the talent is the problem. That being said, this issue must lie on the shoulders of the coaching staff. We discussed this topic at length last fall. Take the time to read this archived article from the old site and compare it to the issues we are seeing today. Take away Jacoby Ford, add Bryce McNeal, and we could probably get away with running the same article again this year. In a nutshell, Clemson is not progressing as quickly as needed to produce dependable playmakers at the WR position. Consequently, our Tight End will once again see the bulk of the forward passes. Please note that I am not complaining about Dwayne Allen getting a ton of passes (he is a player who has the talent be the best TE in school history) but am complaining that Allen is the only passing game threat because our receivers have not developed into playmakers at this point.

The first question that has to be asked now is whether the system is too complicated or is the position coach inept to teach these men. We discussed Coach Scott's performance earlier this year in a position analysis and showed mercy based on lack of experience coupled with a single year on the job. We will be closely watching this area and will grade the coach based on performance by his group, but to this point we are less than impressed because his receivers simply are not improving into dependable route runners and catchers. Clemson has had an issue over the past few years developing RAW talent into production. I am not sure how anyone can have talent and not at least be proficient as a WR, so I still have some issues with position preparation. I will give a coach and player a pass for a season or so as raw, however there is no excuse for players like Jaron Brown and Brandon Clear to not be at least (moderate) impact players. I am not asking for Jerry Rice, just receivers who develop and improve to the point that the QB is confident about throwing the ball to them.

Let's assume for a second that position coaching is not the issue. As stated before, I believe that members of this receiving corps have talent. You can call it raw or undeveloped, but it is still talent. The coaches (position coach, offensive coordinator, QB's coach, and head coach) also know where these players stand at all times (if they don't, they should not be coaching at the D1 level). Thus, it is the coach's responsibility to adjust his gameplan to adapt to the resources available. Since we are assuming (correctly, if you listen to the coaches) that athletic ability is not the issue, then there must be a disconnect in scheme.

We (correctly) hammered Spence (example 1, example 2) in the past for attempting to be too complex and getting too cute for his own good. Could this trend have spilled over to Billy Napier? Napier also got the benefit of the doubt when we graded him out earlier in the year. I don't apologize for the fact that I like Napier as a young coach and especially as a recruiter, but wonder if he is trying to do too much too soon and is really making things too difficult for his receivers.

I cannot blame Napier for dropped passes, but can question offensive strategy if it takes our receivers a full four years to understand the system. If the players don't understand then we either need different players or need to adjust the complexity of the plays. Good coaches highlight strengths and try to mitigate weaknesses. If WRs cannot, for example make necessary decisions on option routes, we need to eliminate such routes. If read and react techniques are hindering our abilities to run routes, let's get rid of the thinking and have our guys run basic routes. This is college football, not Jeopardy. If our players are having a tough time adjusting to more complex strategies, work around these shortcomings and develop simplifications that allow the receivers to understand fully what they are doing so that they can focus more on the fundamentals than the complexities of the offense. As we have repeatedly stated here, we would rather run a couple of plays very well than a wide array of plays at a mediocre level.

I certainly am expecting improvement out of this group as fall approaches. Last year's output by the receivers was just short of embarrassing and I really don't think that improvement here is too much to ask (even with the loss of speedster and current Raider Jacoby Ford). If we do not see improvement, expect more microscopic evaluations of the coaches as well as theories on why we are not developing talented athletes into jam up receivers.