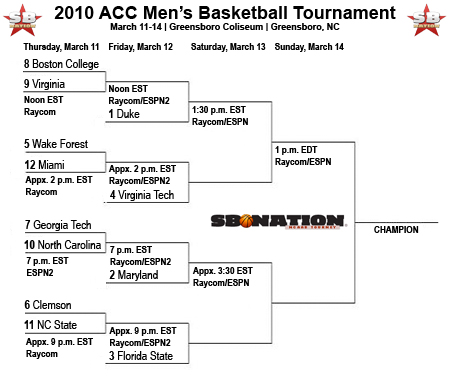 Statistically, NCSU is behind us in pretty much every defensive category, and their offense is similarly bad statistically. They have good players inside but on the outside they are not daunting.

Looking back at our first meeting, we thoroughly dominated the woofers in the 1st half 45-28. We shot like mad (60%) and Booker ate them up early....then Stitt went down, we lost all momentum, and NC State started raining shots all over us in the 2nd half (43.8%) when our offense became stagnant and our shots stopped falling (34%, 1/10 from 3). We were in serious jeopardy of losing it at the end. Booker and Grant also had a bad time inside in the 2nd half getting any rebounds. Neither team turned the ball over that much, 11 for each.

This time around, the big thing may again be how well we do on the boards and the battle between Booker and Smith. We didn't impress against Wake there, and NC State did very well against us the first time around, particularly in offensive rebounding.

Right now, the team seems more confident than last year heading into the ACC Tourney after blowing our shot at a 1st-rd Bye.

"We kind of stumbled into the tournament last year," sophomore guard Tanner Smith said. "We went in losing a few more games than we wanted to."

Clemson went 3-4 in its final seven regular-season games a year ago, including losses in three of its last four.

The last time Clemson finished with a 5-2 flourish - two seasons ago - the Tigers advanced to the ACC tournament title game before losing to top-ranked North Carolina 86-81.

"We did lose our last game (at Wake Forest), but we've been playing well," Smith said. "Confidence-wise, there's a big difference. Going in on a roll will be nice for us."

“I think that’s one the best things about this team,” said junior point guard Demontez Stitt. “We really haven’t played Clemson basketball for 40 minutes a game this year. We still have something to look forward to. If we start to put the pieces together and come together more, we’re going to be a tough team.

“That’s the exciting thing about it. We haven’t played up to our full potential. We still have a chance to go to the NCAA and make a lot of progress in the ACC Tournament.”

Defense fuels the optimism. In the last eight games, the Tigers have held their opponents under 70 points four times, and both Wake and Virginia Tech scored exactly 70.

"I think the concern in terms of turning the page from last year (was), 'How are we going to shoot it,'" Purnell said. "I said maybe we won't shoot it as well but we're a better defensive team. I believe defense wins. That's our strength. Now if we shoot it (well) to boot, which I think we're capable of doing, well we've demonstrated that time in and time out (if we do that) we’ve got a chance to get on a roll."

I've always had trouble having confidence in this team, particularly since we tend to choke in the state of NC. I think we beat NC State though.