Share All sharing options for: Recruiting Comparison: The ACC Atlantic

After finishing fifth in the ACC Atlantic this season on the field, we were curious how Clemson looked compared to its Division foes in the recruiting rankings.

I apologize in advance, as there is a lot of data to put on a chart and appears cluttered.  Again, I am including the source data in tables below each of the Figures.  Once again these data were collected from annual Rivals and Scout rankings and evaluations over the past five (5) recruiting classes.

As shown in Figure 1, Clemson and Florida State clearly had the advantage over the others in the conference in terms of average stars per player.  Figure 2 shows Clemson next to last in the Division in players signed per class.  The third set of data shows Clemson second best in the Division in terms of average national class ranking.  What do these numbers tell us?  Well, if the experts are correct, Clemson has some of the most talented athletes in the division.  Other schools, however, have signed more players per class (keep in mind that Clemson's numbers are a little skewed by the extremely small '09 Clemson class), so the Tigers have undersigned compared to our competition.  From a national recruiting standpoint, Clemson and FSU again dominated these average rankings.

Keep reading for the data. 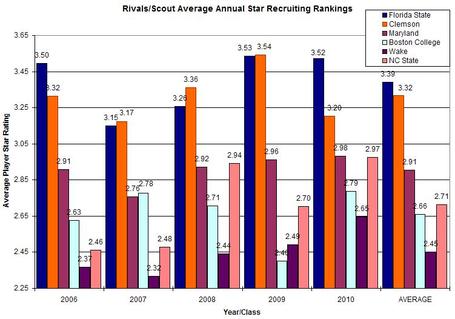 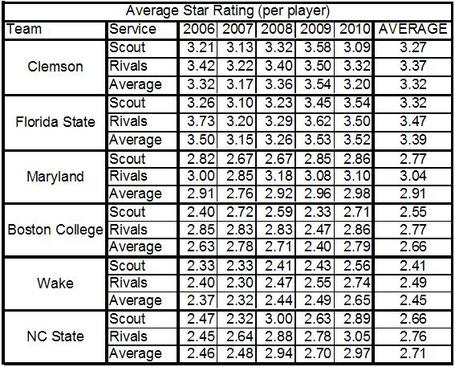 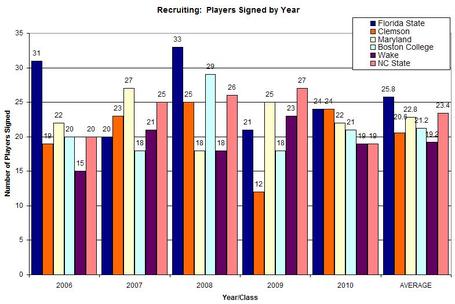 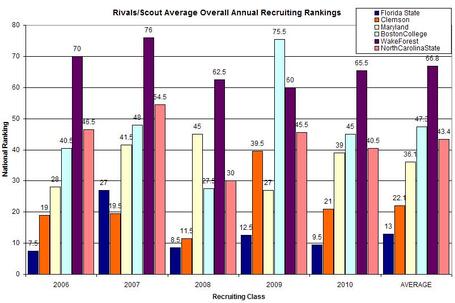 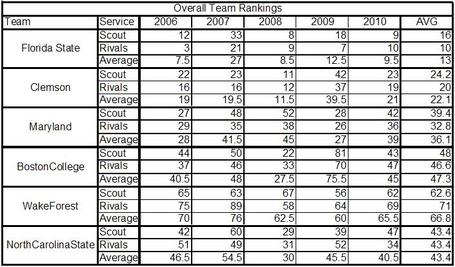