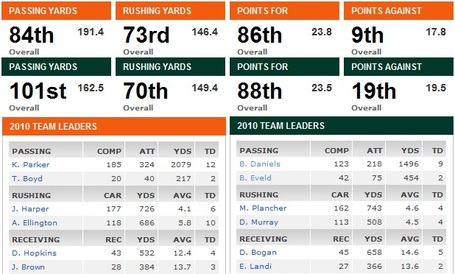 Base Offense:  Pro-Style/Spread. Actually its pretty similar to our own. It uses primarily 3-4 WR sets from the shotgun and under center. Inside Traps, zone read and basic zone runs, a few Power O or Iso but they like to zone them. Pistol plays are more prevalent than in Clemson's system.

Head Coach Skip Holtz is the son of former college football coach and current ESPN analyst Lou Holtz. Skip was a walk on WR who played under his father at the University of Notre Dame. Holtz was a graduate assistant for Bobby Bowden at Florida State then joined the Colorado State staff as wide receivers coach before becoming a staffer for his father in South Bend. After just two years at Notre Dame, the younger Holtz was named offensive coordinator for the Fighting Irish. In 1994, Skip took over the head football coaching role at the University of Connecticut where he coached for four years. Skip eventually became the offensive coordinator for his father at the University of South Carolina after a successful run at Connecticut (34-23 over five seasons at Conn.). We believe he was a competent OC when Lou left him alone to call his plays.

Following Lou's coaching retirement in late-2004, the junior Holtz left Carolina and took the head coaching job at East Carolina. He was able to turn a dismal ECU program into a success, accumulating a 38-27 record in his five years there. Skip was hired as head coach at USF following Jim Leavitt‘s dismissal. Holtz lead the Bulls to a 7-5 inaugural season that included a victory over in-state rival Miami.

Skip followed a USF legend upon arrival in Tampa. Leavitt effectively started the program there almost 15 years ago and took the program from zero to an extremely competitive 1-A football program. His separation from USF arose from circumstances unrelated to on-field performance. Skip, like Leavitt, experienced significant success leading a team from Division 1-AA to Division 1-A (Connecticut). Coach Holtz has also been a part of some talented coaching staffs and proved that he could win at East Carolina (2008 and 2009 Conference USA champions).

Though Fitch is the named Offensive Coordinator, it is Skip who has a firm hand in calling the plays.

Todd Fitch is a coach who demands his players learn proper football techniques. He spent the majority of his time early this year discussing and stressing the importance of playing proper fundamental football. The offensive strategy is predominantly a pro-style attack utilizing a lot of play action, though it appears primarily a 1-back system. Fitch has also been known to mix in a ton of screens and draw plays to compliment more traditional two-back rushing plays that they run from the I-formation. When you watch them play, you will see a very similar offense to Clemson's.

Holtz/Fitch's more balanced strategy demands that he utilize his running backs and establish the run. This is a stark contrast to Leavitt and former USF offensive coordinator Mike Canales' Bulls offenses that ran more of a shotgun, spread-the-ball-around type of attack. The combination of injuries and this new philosophy have contributed to a fairly sluggish first year for this group under Fitch.

Do not let this season's relative lack of offensive success fool you. The Fitch/Holtz combination built solid offensive reputation at UConn and East Carolina. These guys continually put together well crafted, strategic offensive game plans. They also purposefully string together plays in a calculated fashion and try to call the game as though it were a chess match.

During our extensive film review of USF over the last few weeks, we studied the formations they primarily run out there and the problems they've faced on offense. We would say that USF has the same problems that Clemson has had: no or poor WR play. Only #81 Dontavia Bogan is a problem, and we think Byron Maxwell and Gilchrist can handle him. The rest of the WRs are young or inexperienced, like CU. You'll see them get easy passes like bubbles and tunnel screens all day.

It is confusing to us, after watching film of the last half of USF's season, why they don't hit the TE more often. They like to flex him out and he's got enough speed to run by any LB that is walked-out on him.

The running game, as stated above, is primarily inside traps and zone plays to go with the zone read. They are capable of throwing a few Iso/Power/sweep plays when they run the I-formation or Ace, but they appear to go with mostly zone runs. RB Mo Plancher is a James Davis type of player, he's had some injuries this year (knee/shoulder) that have hampered his yardage totals, but he is a quality back. #21 Murray is more of a scatback with the gamebreaking speed.

In using the zone read, Daniels is the more elusive runner, but what we see from him on tape is that he's a head case. He should be leading this offense to better numbers, but he's not meshing with Skip's system. Its mental. Freshman Bobby Eveld came in to lead them to a victory over Miami, and then he started the game with UConn. They don't give him much in the limited action he's seen, but he's a clutch QB. He sparked the win against Miami and brought them within a hair's breadth of beating UConn in the finale. He throws bullets and locks on Bogan quite a bit, but thats to be expected when you have only one WR. He suffered from some low trajectory throws that got tipped in the air and intercepted against UConn. He is a baseball player who walked onto the football team, and he looks like he could become very good to us. He has enough speed to make you pay (similar to Andy Dalton, TCU) and has the arm to play QB. 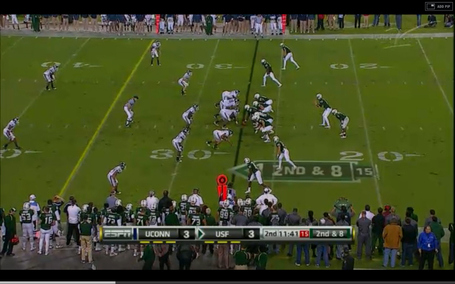 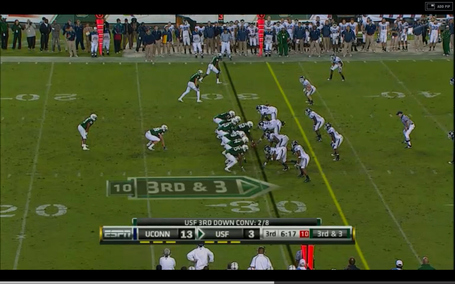 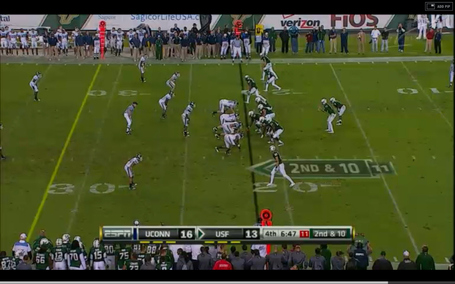 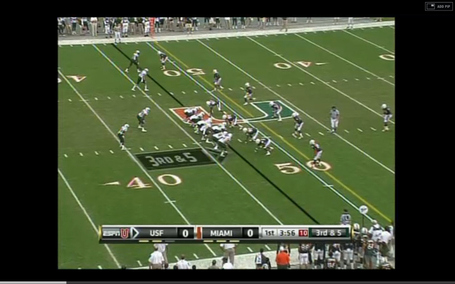 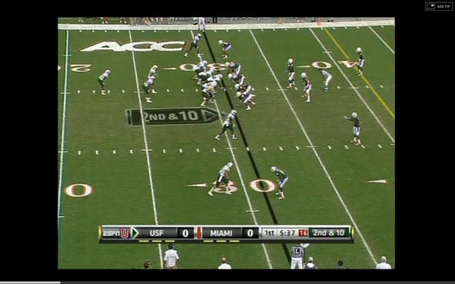 Defensively, Mark Snyder is best known as Marshall's head football coach from 2005 to 2009 and as the Ohio State defensive coordinator in during the early/mid ‘00‘s. Snyder (1988 Marshall alum) is a Jim Tressel disciple. MS spent his early career at Youngstown State coaching an assortment of positions under the Sweater Vest. He moved on to coach Ends at Minnesota, then returned to Tressel's stable as linebacker coach/defensive coordinator. It should be noted that Snyder was a critical component in three (3) 1-AA Championships at Youngstown State and the 2002 National Championship at OSU. Snyder's head coaching career at Marshall concluded with a 22-37 overall record, 17-23 record in conference. Snyder joined the USF staff in mid-January 2010.

Snyder the assistant is known for a couple of things. He developed a tremendous group of linemen while at Minnesota and was able to do the same with his OSU linebackers. Needless to say, this man does a good job teaching core football skills and developing his players. Coach Snyder also had a great run directing Ohio State's defensive unit based on a 4-3 Under scheme. He has installed a similar system at USF and has been successful to date with the Bulls' defense.  Snyder will show several pre-snap wrinkles.  Expect to see all the standard looks you normally get from the 4-3 and some adjustments that include bringing crowding the LOS with extra defenders.  Here is some good reading Dr. B put together on 4-3 fronts and how they work:  Over/Under-Shifted Fronts and the "Jimmy Johnson" Over Front.

This is 4-3 Under, OLB is off the TE and a Safety is brought down to present a tougher front. 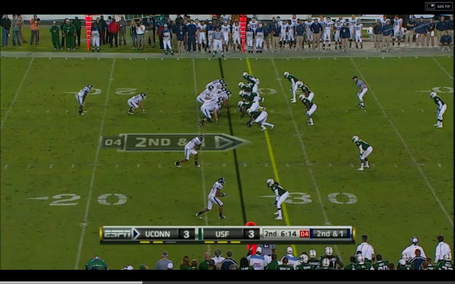 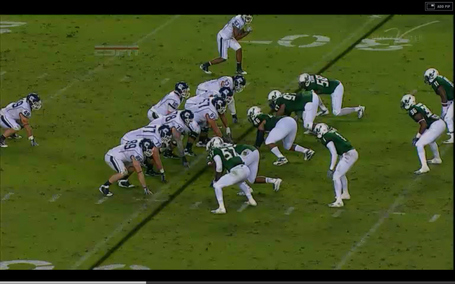 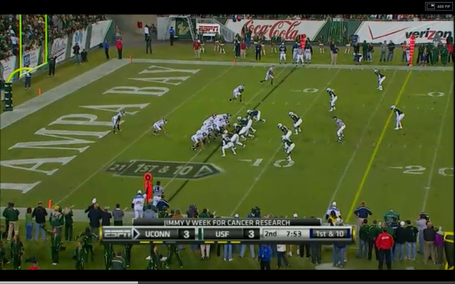 What we've noticed from watching film is that whenever teams show a pro-personnel group (1 TE 2-back or vice versa) then they will usually show an Under front, and they like to drop a Safety in the box. This was particularly true against UConn, but again the Huskies are an almost-entirely I-form offense. Against other formations, USF will go with a variation of Nickel, 3-4 sets (1-gapped), and quite a bit of Over front. They are primarily a Cover 1 Robber defense, but there is a bit of 2 Zone thrown in too.

3-4 front, 1-gap assignments on the Line. Note the interior aligment is 3-1-5 and the OLB is playing off the TE on strong. ILBs can be beaten here for big gains, one is well protected but they are essentially watching 2 gaps. 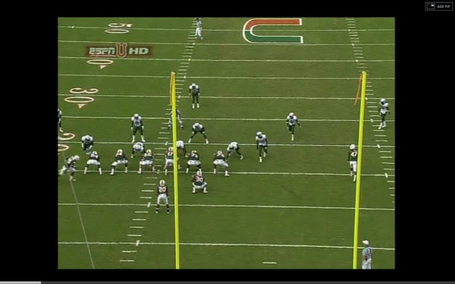 Comparing them to Clemson, you'll see a bit less man/man coverage and fewer different fronts. They keep it simple and just play their scheme. They don't play quite as much Nickel as we do, they'll stick with the Over and walk the OLB out on a receiver.

Players to watch here are #97 Terrell McClain, OLB JaQuan Williams and the DE Ryne Giddins. McClain is a 1-tech DT who quite often blew up Miami's interior line. Giddins is a young guy but you can see his potential on film; lanky with good speed. Williams is all over the place, One of the Corners is pretty good, but the rest of the secondary are just players.

Special teams coach Vernon Hargreaves is credited for turning around a USF special teams group that was dismal in 2009. Hargreaves is another guy with deep ties to Skip Holtz. He worked with CSH on the Connecticut staff. VH spent 1998-2005 on the University of Miami staff before joining back up with Holtz at East Carolina then at USF.

South Florida has been good overall on special teams. The Bulls benefited from two good kick return men, Lindsey Lamar and Terrence Mitchell (Lamar earlier this month was named Big East Special Teams POY). Place kicker Maikon Bonani has been nails since taking over PK responsibilities, converting 16 of 19 field goals on the season. These numbers include being 4/5 between 40 and 49 yards. In case you were wondering, his other two misses were beyond 50 yards. With a kicker like Bonani, the Bulls are almost guaranteed points when they have the ball inside the opponent's 35 yard line.

The Bulls have shown some weaknesses on special teams this season, particularly against Pitt. The Panthers benefited from a USF kickoff sent out of bounds, a Bulls fair catch on the two yard line (yes you read that correctly), a couple of penalties negating USF returns, and a blocked punt. All in all, though, South Florida is better this season than last here, featuring a couple of quality return men and a consistent place kicker.