As we have done previously, these data points came from Rivals.com and Scout.com and are their opinions of high school football players.  Here is a brief look at how the Tigers and the Pack compare based on recruiting rankings and class size: 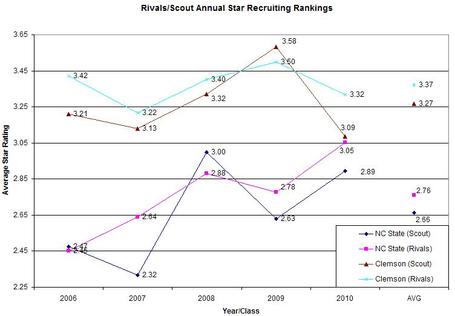 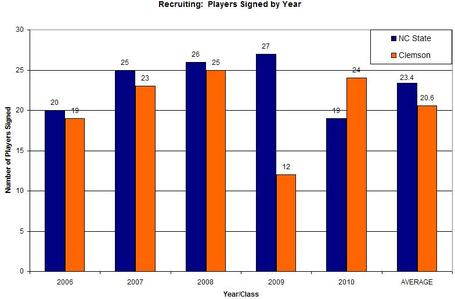 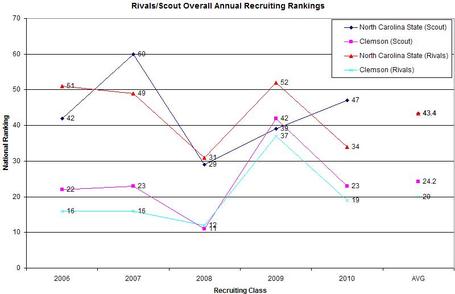 These numbers show a Clemson advantage in average player star ranking and in overall recruiting class ranking.  NC State has signed almost 3 players more per class than Clemson.  These numbers are pretty clear:  Clemson has, according to the recruiting "experts", brought in better talent that NC State over the past five years.  I say this simply because CU's classes were ranked substatially higher than the Pack's and the average star rating per player is much better for Clemson than the Wolfpack.  NC State has a decided advantage from a sheer numbers perspective, giving them more recruited talent to mold over the course of four years.