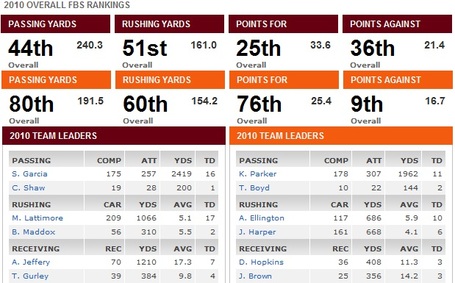 Head Ball Coach Steve Spurrier is a household name here in America.  You all remember him from his days at Florida (Heisman winner and, later, extremely successful football coach) and his development of a high powered offense known as the "Fun 'N Gun" offense.  Spurrier then bolted from UF to unsuccessfully coach the Washington Redskins for a couple of seasons before getting back to the college game at the University of South Carolina.  Between his playing days and the Florida job, SOS held a number of assistant roles and was the head man in the USFL and at Duke.

I don't think anyone outside of the offensive staff at Carolina actually knows who the play caller really is. Spurrier, after establishing himself as one of the best play callers in the land at Florida, has treated this responsibility like a hot potato the past few years.  He sometimes calls plays and sometimes gives this spot to one of his assistant coaches.  When Spurrier is not masterminding the flow of the game, QB's coach GA Mangus assumes this position.

Mangus is a former University of Florida QB who played under Spurrier in the early ‘90's. Mangus was the head coach at Delaware Valley for a couple of very successful seasons and previously coached under a familiar face to those in the Palmetto State, Rick Stockstill. Mangus is in his second season with the Gamecocks and began calling/providing significant offensive input earlier this season.

South Carolina's offense will show multiple looks but make no mistake, the core objective of this staff is to feed Freshman Marcus Lattimore the football. Lattimore came in and immediately sparked this offense having huge games against SEC foes Georgia, Alabama, and Florida. When the Gamecock are not running the ball, they are throwing to two excellent receivers, Tori Gurley and Alshon Jeffery. Both of these guys are big targets who have made sensational catches this year. Jeffery was recently named a Biletnikoff finalist and has a very, very extensive highlight reel this season. Another guy to watch offensively is Ace Sanders. Sanders does not have the size of Gurley or Jeffery but does have the wheels. South Carolina has repeatedly used him on reverses and similar plays this year to take advantage of his pure speed. The final piece of this offensive puzzle is QB Stephen Garcia. Garcia had his trials and tribulations since arriving in Columbia a few years ago but appears to have matured and evolved into a dependable player on this squad.

Defensive coordinator Ellis Johnson is another familiar face to a lot of football fans in the South Carolina. Johnson's bio is very impressive and includes head coaching stints at Gardner Webb and his alma mater, The Citadel. Johnson has been a part of coaching staffs all over the South. Notable stops include a two runs at Alabama (the first was part of Gene Stallings' legendary run in the early ‘90's), Clemson, and Mississippi State before getting back to his home state and becoming the defensive coordinator for the Gamecocks.

Johnson's defense is a base 4-2-5 (yes you read this correctly) and its success largely depends on a linebacker/safety hybrid position he refers to as the "Spur" position. You will get a lot of different looks out of this defense. They play even fronts, odd fronts, stint, will show you five down linemen, three down linemen, etc... Long and short, we don't have the space here to get too deep into this scheme but, time permitting, plan to post more explaining this scheme.

South Carolina has developed a quality defensive front that has gotten good pressure on opposing QB's this season. Carolina has improved at the end position with Cliff Matthews and Devin Taylor. South Carolina lost star Eric Norwood from last season and has had to make some adjustments at the linebacker spot. Carolina's defensive backfield remained largely in tact from last season. The Gamecocks did experiment with Chris Culliver moving him around the secondary, but otherwise is an extension of the 2009 season. This secondary, however, struggled this season. Carolina's pass defense should be considered the most questionable part of this team, which is really surprising given the players who returned and the fact that this defense has been able to put a lot more pressure on opposing QB's. Carolina's run defense is much improved, particularly between the tackles. Carolina has done a much better job this season of stopping quality rushers and not allowing teams to just pound the ball between the tackles.