This week's opponent is the South Carolina Gamecocks.  Similar to weeks past, we will put Clemson's recruiting numbers next to the Gamecocks to see how we stack up based solely on data acquired from Rivals.com and Scout.com.

This week's data, overall, looks pretty competitive. Clemson leads by nearly 3 tenths of a star on average per player over the past five recruiting classes.  South Carolina counters with periods of oversigning, bringing in almost 6 more players per class. Then Steve kicks most of them off the team.  The result is that South Carolina ranks, on average, just over one spot better than our Tigers according to the "experts".  That, folks, is about as close as you can get.  And now, the information: 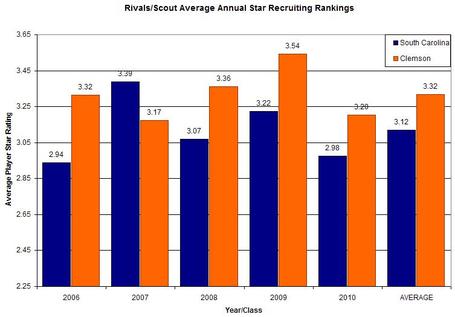 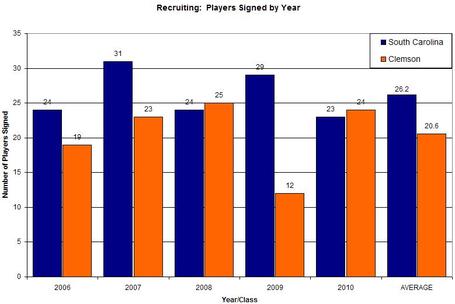 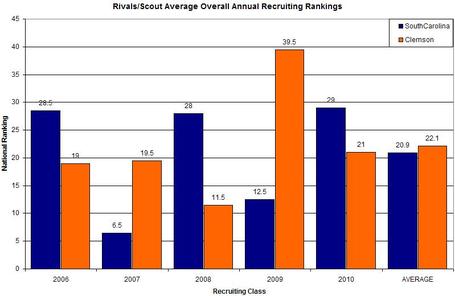