Share All sharing options for: Preview and Game Thread for Maryland @ Clemson 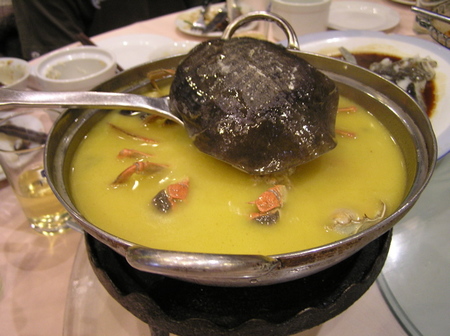 Clemson has beaten Maryland in six of their last eight meetings, including a 29-point win at home last season that ranks as the our largest margin ever against the Turtles.

Vasquez doesn't feel like the presence of Stitt would make much difference in the outcome of the game. I wonder if he'd said so if Stitt was actually slated to start?

"I mean, I don't understand why people making such a big deal whether he's in the lineup or not," Vasquez said. "I thought he wasn't a big difference last year. I thought they got K.C. Rivers, which was a way better ball-handler than him. I think the guy (Stitt) is good, give him credit, but, I mean, I don't think it's any difference, you know what I'm saying? We're ready to play Clemson, and if we talk about difference, maybe if Booker is out, that's a big difference. I mean, Stitt is a good player, you've got to give him credit, but I mean, we're not intimidated of him being out of or in the lineup. I mean, who is he in terms of the best players in the ACC? We're just trying to play a good game and just win this game."

Stitt is listed as questionable, and Purnell said we'd be lucky to get 15 minutes out of him this afternoon. Greg Wallace believes we will not see him at all, and he could even be doubtful for Virginia Tech next weekend. Devin Booker took an elbow to the face and broke his nose in practice, and will wear a protective mask. Trevor has a little flu, missing practice earlier, though he reportedly looked to be fine at the women's game the other night and did practice saturday.

"As of right now, it doesn’t look like I’m going to be out there," Stitt said before practice Saturday. "I haven’t practiced in a week and it’s kind of hard to put pressure on it. Even when I’m walking I have to be careful I don’t extend it too much. It doesn’t hurt when I’m on my heel but when I’m up on my toes it kind of hurts when I put all my body weight on it and pressure."

Purnell talked before practice, but said the Tigers would "be lucky" to get 10-15 minutes out of Stitt today.

"So you just have to make a judgment, can (Stitt). hurt it any worse by going. If by the judgement of the trainers and doctors he can’t, we’ve got to use him if he can handle pain tolerance."

This means that Young will again have to take point of press for most of the game, which is a bit much to expect from only one point guard. I don't expect us to run that much full court pressure with only one PG.

We came out far too flat against BC, and recovered in the 2nd half enough to make it close, and shot 61%. At home I don't see us coming out as flat again, but the lack of a useful Stitt will make a difference. We'll have to play stifling defense against the Flex and run the floor against the Maryland press to win this game.