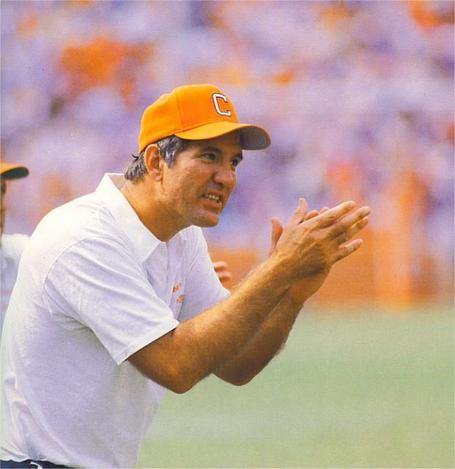 "You can't let one game determine your happiness as far as being excited about playing in a championship game," Swinney said. "You only get so many opportunities to play for a championship. When it's all said and done, nobody really cares what your record is. There's one champion.

"We're disappointed we didn't win our rival games, but both teams have to re-focus because this is what you start the season wanting to do, to be the champion of your conference." (source)

"That’s our goal every year, we want to be here, but in particular, I thought it would be great this year if we could figure out a way to get it done because we knew they were honoring Coach Ford," Swinney said.

"Somebody asked when they were 2-3, ‘Is he going to make it?’ Really and truly, you don’t ever know about a football coach until you get in a ditch," Ford said. "He’s worked his way out of a ditch pretty good, so that’s a good sign.

"Coach Howard helped me tremendously, and I’ll help Dabo anyway I can, but he don’t need any help."

"Coach Howard I saw every day, whether I wanted to or not and every Sunday after my TV show, I saw Coach Howard," Ford said. "He always gave me advice. I didn’t ask for it, but he always gave it because he was Mr. Clemson."

.Players from the 1991 team see several parallels with this years team so lets hope we pull this sucker out.