Things a woman can't expect a Clemson man to give up...

Share All sharing options for: Things a woman can't expect a Clemson man to give up... 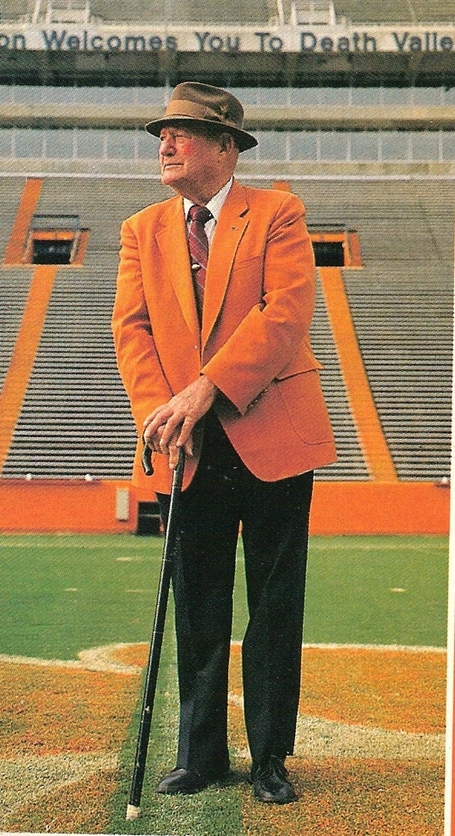 1. Three-hour long conversations in mid-May about the post-spring depth chart with your college buddy.2. The right to break out the tape of the 1986 Georgia game when college buddy is in town.3. The right to name your first child after a member of the 1981 National Championship team even if its a girl.4. The right to name your dog Ken Hatfield, at least until its housebroken.5. Week-long fits of depression after a loss.6. Listening to sports talk radio during supper during spring football season (March-April), football season (Late July - Early January) and recruiting season (January - February). 7. The right to jump over you to reach the nearest male to slap high fives after a touchdown.8. The right to talk to all ex-girlfriends while tailgating.9. Your orange overalls and orange cowboy hat.10. Your old Clemson t-shirts, the old ones can go in a drawer, but any from the past ten years are to be hung in the closet.

11. The right to skip the wedding of any couple dumb enough to schedule theirs on the Saturday of a Clemson game even if you're supposed to be the best man.12. Listening to sports talk radio every night during the height of recruiting season, even if its during your child's birthday party.13. Your orange cowboy hat.14. The 45 of Death Valley Disco.15. Playing Tiger Rag at 7:30 a.m. on game days so loud the neighbors can hear it.16. TigerNet.17. Walking through the floats at Homecoming.18. Delusions that you're still cool enough to hang out in the student section.19. Your collection of old stadium cups.20. Drinking from old stadium cups.21. The hatred of all things Garnet.22. Wearing your Clemson ring.23. Your Obed Ariri for Heisman poster.24. The right to correct anyone that pronounces it Clem-zun (Its Clemp-son, dammit!)25. Walking to the stadium without having to stop by the port-a-toilet for her.26. Silence from Clemson to home after a loss, no matter how long the drive.27. Wearing your lucky No. 13 Rodney Williams jersey to all Clemson games, even basketball games.28. Second-guessing every play on the way home even after a win.29. Three-hour conversations with college buddy about the latest commitment.30. Two-hour conversations with college buddy about the latest rumored commitment.31. That stack of old Clemson football programs.32. Your right to quote every score from the 1981 National Championship season to her.33. Your right to get misty eyed when the name Danny Ford is brought up.34. Your preference for white on white uniforms on the road.35. Your right to wave at every Clemson fan you pass on the way to road games.36. Leaving church if the pastor isnt finished by noon so you can catch the Tommy Bowden Show.37. Your preference for upper deck seats so you can see the plays develop.38. Your orange high tops.39. Delusions that you really should have walked on while you were at Clemson.40. The tenth beer while tailgating.41. Going onto the field after every game.42. Frequent retelling of where you were when Puntrooskie took place

What others would you tell your SO?