What Will it Take for the Clemson/South Carolina Rivalry Game to Carry National Importance?

Share All sharing options for: What Will it Take for the Clemson/South Carolina Rivalry Game to Carry National Importance? 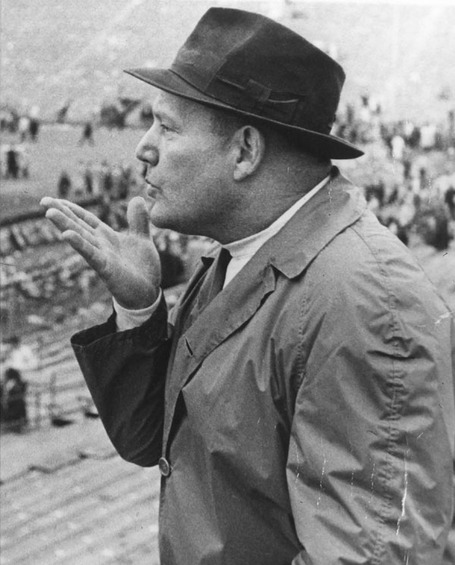 The annual contest between the two Palmetto State rivals often splits families and causes discussions and commotions from water coolers to school cafeterias to church pews across the great state of South Carolina.  The question that many of us have pondered over the years is whether or not this annual game can ever get into the national spotlight like an Oklahoma/Texas, Florida/FSU, Michigan/Ohio State, Notre Dame/USC, Alabama/Auburn?  Also, for this game to gain national exposure, what is necessary out of each program?

The first portion of any relevant rivalry game is the game's history.  Clemson and USC have been playing each other for well over 100 years,  the longest uninterrupted series in the South (with consecutive games dating back to 1909), and share the former Big Thursday tradition, so there is a rich history of games between the two schools.  The series includes the 1902 riot that resulted in the series being suspended for seven seasons, the counterfeit ticket scandal in the '40's, Frank Howard's legendary goodbye kiss to Big Thursday, the Sigma Nu prank in the '60's, Jerry Butler's catch, Orange Britches, Rod Gardner's catch, and the Brawl.  Certainly these items provide enough of a backdrop and historical character to lay the foundation for this rivalry.

The next portion of this equation is historical football success.  This is an area that both teams use a good bit more of, especially over the better part of the past 20 years.  USC has historically struggled as a program, with highlights being the '69 ACC championship, George Rogers' Heisman Trophy, and consecutive Outback Bowl victories (it should be noted that USC was Independent for two decades, and thus did not compete for a conference championship until being initiated into the SEC in 1992).  Clemson has had a good bit more success, winning 13 ACC titles and the 1981 National Championship.  Clemson's modern era success is limited to the mid-Frank Howard years and the Pell/Ford juggernaut from the late-70's to the early-90's.  South Carolina's successes in the modern era are limited to the mid/late '70's Carlen teams, the Black Magic/Black Death/Fireants of Morrison in '84 and '87, and Lou Holtz's Outback Bowl wins.

Recent success is yet another important portion of building a rivalry.  As you can see above, there has not been much great success from either side recently.  Clemson had an unbelievable finish to the '03 season and a nice run early in the 2000 campaign, Carolina the two Outback Bowl wins.  In fact, since 2000, USC has finished in the final AP Poll just twice (19th in 2000, 13th in 2001).  Clemson has fared just a little better, with four such appearances (16th in 2000, 22nd in 2003, 21st in 2005, and 21st in 2007).  Obviously, the only year in which the two teams both finished ranked was in 2000.  This definitely does not create national appeal, as recent history pits two middle of the road teams in this football game.

Rivalry competition is my fourth metric for a rivalry game, with this recent results weighting more heavily than results from 90-100 years ago.  Clemson leads the overall series, 65-37-4.  Over the past 20 meetings, Clemson leads the series with a commanding 15-5 record.  It should be noted that an estimated 40 games have been decided by a touchdown or less.

What can these schools do to make this rivalry more important?

Using the metrics listed above, it is apparent that the history and game traditions between the two schools give this rivalry a solid foundation that can only be built over years of competition.  However, the relative lack of national relavence in football by either university over the past 20 years continues to hamper this game and its ability to be a prime-time contest.  Both teams need to do a better job of cashing in on their better than average facilities and loyal fan bases to consistently win more football games.

Each team will need to prove that it is an elite team in its conference.  Conference champions competing against one another creates a general sense of excitement.  This improvement would create another dynamic that is not normally seen in college football.  Clemson appears to be making progress in this area, as the Tigers have won the Atlantic Division of the ACC and will battle Georgia Tech for the conference crown one week after the South Carolina game.

While I (as a Clemson fan) do not wish to see this, South Carolina will need to compete in more contests to make this rivalry relavent.  Nothing is more boring to the media than a one-sided affair.  Clemson just seems to come out and want to win more each year.  Recently, the game may have meant more to Clemson, as Tommy Bowden routinely needed this win to keep his job and Dabo Swinney used last year's victory as a springboard to the removal of the internship portion of his title.

Overall, how close are these two programs to putting this game on the national stage?

Until both programs can sustain consistent success, this game will have minimal national exposure.  While Clemson has made it to the championship game this season, the Tigers have been incredibly inconsistent since the last championship.  This is a team that, for the past 10 years, has either started fast and finished slow or vice-versa.  South Carolina's program success can be lumped into this same category, with the Gamecocks opening strong the past few years only to falter down the stretch.

Both Clemson and South Carolina have to prove that they are legit in their respective conferences.  Clemson will need to win at least 6 conference games a season, and South Carolina at least 5 to garner the attention larger rivalries get.  To capture the attention of the country, each team will need to play a complete football season with the opportunity to finish the year with double digit wins.

Where are we in this progression?  Both teams have advanced dramatically on the recruiting trail over the past decade, as the Holtz/Spurrier and Bowden/Swinney combinations have brought in several nicely ranked classes over the years.  Neither team has cashed in with consistent wins, with SC's best run over this stretch in 2000-2001 and Clemson's late in 2003 and the 2009 ACC division championship finish.  Clemson is beginning to take a step in the right direction, but really needs consecutive wins to legitimize the 2009 run.  All in all, I think this rivalry is about where is was in 2001, as outside the Palmetto State there is little anticipation of 8-3 Clemson visiting 6-5 South Carolina this weekend.