Ole Miss came into this season with hopes of a trip to Atlanta in December. Such high aspirations have not worked out for the Rebels, losing their SEC opener to South Carolina and getting rolled up by Bammer. This game is critical for Ole Miss, as a 3-4 loss season would be a huge disappointment in Oxford. Jevan Snead (like the rest of this team) has not lived up to the preseason hype. I have, however, been impressed by the athleticism of Dexter McCluster. Arkansas and Ryan Mallett have fared better than most experts predicted, and came very close to upsetting #1 Florida last week. Arkansas has scored a lot of points against everyone but Bama this year, and Mallett has some pretty sporty numbers to this point. Some how, some way Houston Nutt always finds a way to win these mid/late season contests, and this one will be no different.

It's the third weekend of October, and that can only mean one thing...Bammer/Tennessee. This year's matchup features what many consider to be the land's best team against Lane Kiffen's mediocre Volunteer squad. Other than the beat down Kiffin's group put on the pups from UGa, this team has done nothing notable outside of pissing off everyone in the Southeast. The men in T-Town won't soon forget the BS piled up by Kiffin'spredecessor, and will not let UT get out with any dignity, even with Tenn coming off a bye week. In a near exact repeat of last year (including Bama's #2 ranking) RTR. 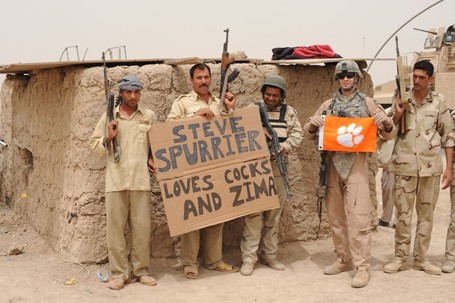 Vandy comes to the Brice this weekend to play the 24th ranked Gamecocks. The last two Commodore appearances vs. the Cocks have been Vandy victories, with the 2007 edition being a victory over the #6 team in the land. This year proves to be different, as Carolina comes off of a loss at Alabama that saw Mark Ingram rack up close to 250 yards on the ground. Vandy has had a tough season so far, frequently getting routed by SEC foes, losing to Army, and notching but two victories at this point (still not too bad for a team without an athletic department, right?) South Carolina is improved from last season, and should be able to dust off Vandy.

Kentucky has had a tough season to this point, notching a big win over Louisville, then dropping three straight to ranked opponents. The Wildcats are coming off of a big upset win over Auburn last week. Kentucky gets a break this week, and takes care of ULM.

Florida visits Mississippi State this weekend. This is more of an interesting matchup than one would imagine just by peeking at the schedule. Miss State's lone bright spot so far was blowing a sure win against LSU at home. The interesting portion of this game is that Dan Mullen will be facing his former mentor, Urban Myer Saturday (Mullen was the UF OC from '05 until last season). One would think that Urban's right hand man may be able to figure this cat out (or at least gain a little sympathy from Myer, being his bud and all). This will be a close game for about 10 minutes. Look for UF to cruise, Miss State simply cannot match the weapons of the Gators. 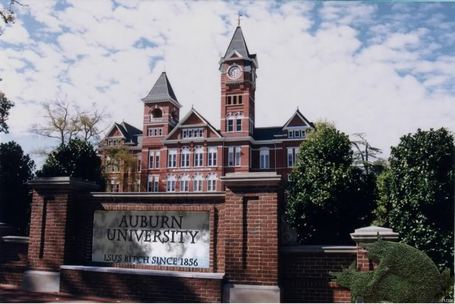 Auburn heads down to Baton Rouge for a night game against LSU. As always, you never know what you are going to get out of Les and crew other than some coaching decision that should not be made. I am particularly excited about getting to see more of the Chavis and his mustang defense. LSU is vastly more talented than Auburn, but will find a way to allow Auburn to stay in this thing until the very end. I am predicting something unusually rediculous from Miles this week, similar to this coaching gem

does Miles not realize this is final minute of a college football game? Who other than this joker is willing to risk an SEC/National Championship to lob bombs in the end zone with a handfull of seconds on the clock and your team in chip shot field goal range?) In this spirit, I am predicting a fake punt for a TD and LSU squeeking one out in spite of the coaching decisions.

These are two teams (and two coaches) who have been real disappointments this season. FSU enters into this contest 2-4, 0-3 in ACC play. Many among us expected this squad to be playing in Jacksonville in December as Bobby Bowdenwould revive this program this season. That obviously hasn't happened. With Bob's feet to the fire, and Mickey on his way out, this is a must win game for the old man. Florida State's Chris Ponder has put up some nice numbers to this point in the season, tossing 9 TD's to 1 pick and racking up over 1700 yards to this point in the year. Putting up points has not been the problem for the 'Noles this season, giving them up has been the issue. FSU has 28 or more points on four occasions so far.

UNC has been almost as disappointing, getting rolled up by Georgia Tech then dropping a critical game to Virginia. This is clearly not what was expected out of this Butch Davis led club in the skipper's fourth season in Chapel Hill. Both squads desperately need a win. North Carolina's QB T.J. Yates has been less than impressive all year, tossing for a mere 964 yards and a TD/INT ratio of 6:7 through 6 games. UNC's Draughn and Houston have combined for almost 600 yards and 8 TDs between the two.

Overall, FSU has consistently proven it can score. While UNC's defense has not given up more than 24 this season, I think the FSU will score around 30. FSU's defense will play better this week against an offense that has not been impressive to this point.

Georgia Tech and Virginia both enter this game coming off of big wins, Ga Tech over Va Tech and Virginia over Maryland. Virginia and Ga Tech are both in the thick of the Coastal Division championship race. While we all respect Al Groh, but this mid-season run he has going will end against Tech.  Tech continue to roll on.

Duke is sitting at 3 wins and definitely has a chance to pick up it's fourth win in one season. David Cutcliffhas found a pretty good signal caller in Thaddeus Lewis. Lewis made a splash with nice numbers last season, and is following up with a good senior year. Maryland has its lone ACC win over Clemson, and has struggled elsewhere. In the Fridge's farewell tour of North Carolina, Duke takes town the Terps.

The Tigers visit the 'Canes sown in South Florida. After considerable improvement against Wake, the Tigers will face a more formidable opponent in the "U". Jacory Harris and company are dangerous and will test the Tigers in all areas of this football game. Clemson will need excellent play out of the defensive front four to contain and pressure Harris all day, and cannot afford him the time to find his speedy and sure-handed receivers. Offensively, we will be watching the guys up front to see how they handle an athletic Miami front, play calling, and quarterback play. Kyle Parker will have much more difficulty with the Miami D than he experienced this past week. Miami's secondary is good enough to pick KP off on any mistake by the young QB. Bottom line, Clemson will play well enough to stay in this game (and probably even have a chance to win) but will be overcome by an athletic and fast rising Miami team.

BC is a football team that looks like it is finally moving in the correct direction. The Eagles routed NCST last week and is on a little roll here. BC currently leads the Atlantic division, and has vastly improved from earlier in the season. Notre Dame is a team that has all the pieces to be pretty good, including an excellent quarterback to receiver combo in Clausen to Golden Tate. Notre Dame's (and Weis') need to win some ball games coupled with the better talent from the Irish gives them the advantage in this game in South Bend.

Navy is off to a 4-2 start, and hosting a Wake team that was absolutely embarrassed last week in Clemson.  Riley Skinner will surely be looking to respond from his worst game of the year.  The Deacons face a good running team in Navy, and will need to play good fundamental defense to stop the Midshipmen's option attack.  I anticipate points to be scored here, as both squads have scored 24 or more six times this year.