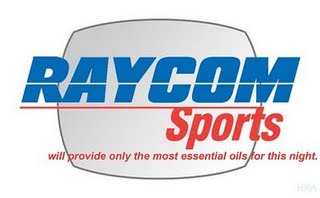 In honor of Raycom this week, we remind you of the rules on having sex during college football season. Courtesy EDSBS, be sure to listen to the podcast.

-Landon Walker did not play much against GT, and got handled by Morgan in what little action I saw, but can't be terribly worse than Lambert, so he's supposed to start this week. The coaches have all said that his major malfunction is that he doesnt get after it in practice, and doesnt pay attention to detail. Pearman seems really down on his performance level. Look for David Smith to get in some at RT as well.

I just wish I could say the Line will do better against BC, but BC always gives us fits because they play with 4 big DL and they generally control the LOS against us or at least hold their own. I don't have a lot of optimism about improvement overall, but they don't have a killer DE to expose just how shitty Lambert is playing.

-TCU's Jerry Hughes should scare you, he's just as fast as Morgan off the edge. Clemson MUST move Taylor or hold Palmer/Allen in to block sometimes to handle Hughes. Palmer is still sore from the hit he took falling out of bounds on his great catch. Pearman was recently interviewed, and said he was extremely disappointed in how Cory played at RT, but that he still anticipates Lambert playing many snaps against BC. Pearman himself believes that he might not have prepared Lambert as well as he could've.

I'm still encouraged that despite our OL not being great, they can still be servicable enough for this to be a good team. To win a championship it must improve however, winning starts at the Line play. If you cant push someone around in the 4th Qtr, you are going to lose close games.

-On the Fake FG GT ran, it seems that Coach Swinney has put in a complaint the ACC. This will likely all be hushed up because the Conference wouldnt want to hurt their referees by disciplining them publicly, but with what I'm hearing, the play was believed to be illegal by our staff and the conference seems to agree. The rules about illegal substitution have been tweaked after our trick play against SC last year, and while Thomas never left the field, which wouldve made the play legal last year, he did "attempt to deceive the defense" by walking over to walk off the field, and that is now illegal. 12 men were on the field, 11 walked off, and 10 came back on. Thats our contention. A snippet of a conversation between commitment Desmond Buice and the staff indicates that the officials called and apologized to the Coach Swinney about the holding and the fake FG, but I'm not sure if Swinney would tell him (Buice) that.

-The WR play from Thursday night, and MTSU as well, is really bugging both of us. Its just awful route-running overall. We dont make great cuts and don't catch easy passes. The WR is supposed to plant his foot and pivot, and our guys just run and curve around on ins/outs. Ford played the X-position, where Dye and Clear usually play, so thats part of the reason why those two guys didn't do anything Thursday night. However, I'd like someone besides Marquan show up and play football. I thought Ashe would have done better specifically.

-Brandon Maye needs to learn how to attack a blocker from looking at the film of GT. He's getting himself knocked around because of technique in his attack. I think he's a great great football player, but his speed and instincts are the reason why he makes plays. If he could get off some OL blocks, he'd definitely be a Butkus finalist, and perhaps win it outright.

-Ron Morris says that this team showed some heart in the comeback that hasn't been there in the past. He's right on that one.