Its about damn time he gets recognized

Share All sharing options for: Its about damn time he gets recognized 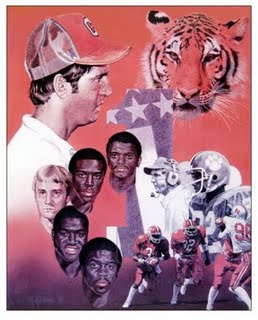 Danny Ford can be in the ACC Legends Class, but not in the Ring of Honor alone itself?

Ford, who now lives just outside of Clemson in Pendleton, S.C., began his head coaching career as the youngest head coach (30 years old) in Division I football with a win over Ohio State in the 1978 Gator Bowl. Three years later, he led the Tigers to the 1981 national championship and was named National Coach of the Year. In all, Ford compiled five ACC Football Championships in his 11 seasons as head coach of Clemson. His winning percentage of .760 is the third highest in ACC history and he ranks second only to FSU’s Bobby Bowden in most bowl victories while an ACC coach with six. His 96 victories, while Clemson’s head coach, are fourth-best in ACC history. At one stretch his Clemson teams were ranked among the Associated Press’ rankings for 41 consecutive weeks and his Tiger teams earned 18 wins over nationally-ranked opponents.