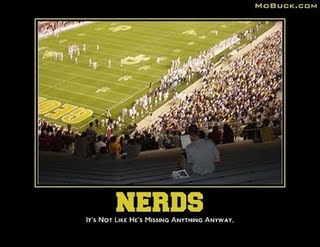 GT Offense: Well we all know its the Flexbone by now. We've covered in detail how to defend against the option attack and the passing attack he utilizes within his system as well. In addition, the Birddog (Navy fan site) has gone over the same things in this post on defensing the option, as well as the myths about it...pay close attention to the last one.

Yes, teams will find ways to defend it, but, GT will get better at running it. Johnson points out that nearly everyone runs a pro-style offense of some kind, and have for the last 10-15 years, but nobody is better at defending it now schemewise than they were before. The team with the better players wins, you dont win with just scheme. Hell, look at the Gamecocks.

However, its not a well-oiled machine early in the season and we are lucky to catch them now instead of later. Indeed, though GT ran the score up in the 1st half of the Jax State game, I noticed they were not very sharp at the QB position. Dwyer is Dwyer, but Nesbitt was careless with the football with some late pitches and bad decisions. Thats correctable, but lets hope he's that careless this week.

If they can pass the ball however, watch out. I was surprised they did not work on this wrinkle as much in the game last week, simply because they were new things put in during this spring to expand the "Flex" part of the bone. Demaryius Thomas is a great WR, along the lines of those who have killed us in the past. If he was in a passing offense, he'd be talked about more than Dwyer.

That said, Clemson has the best DE tandem in this league and we are capable of slowing down this attack. Recall the key player in defending the option is the DE. Jenkins and Thompson are whoppers and can plug the middle.

Brandon Maye and D. McDaniel had great games last week, and either they will again this week, or Dwyer will. Expect Alexander in at SAM quite a bit, and McDaniel to play in the box.

Kevin Steele was interviewed tuesday afternoon by reporters and had a few things to say about defending GT. He mentioned that the staff had worked on GT in the preseason and he had caught part of the Navy-Ohio State game, and noted that Florida's offense is more option than people realize. He has never faced the Bone as a coordinator, but obviously having worked at Nebraska and Tennessee back in the day, he has faced it as an assistant. He had an opinion on why the option is no longer prevalent as a total system anymore:

Steele. "I just talked to the guys at ESPN about that. Their question was, can this (option) offense work (in college football today)? And the answer is yes. It can. It was working when people stopped doing it. What happen was a recruiting thing. Everybody wanted to go to the NFL, so quarterbacks wanted to be at schools where they were throwing it around and that's why you walk out here in the summer time or any other college campus and they've got 50 teams in a passing camp. You go to any high school and they're out there throwing it around out there. That had been the case for years in California and it sort of swept through the rest of the nation. So there's just not a lot of people running the option today. You just don't see it a lot in high school games. You can go to high school games now and at times barely see a running back. A lot of people are shotgun snapping. There are coaches who sign quarterbacks who have never spent any time under center. That transition has affected why people went away from the option. It wasn't because it wasn't working."

How do they work Thomas into their option game?

Steele. "You could put him in any offense and he would run a hitch and a slant. But that's not where the scary part is. The scary part is they arc the back out to take the corner and crack Thomas to take the safety, then here goes the pitch and you have to make the tackle and the next time Thomas goes to crack the safety, the corner goes off of him a little bit quick with his eyes. Chris Chancellor and Crezdon Butler have covered a lot of good wideouts. But there's not a load back coming at them with a pitch man and the ball on the line of scrimmage, and now they've got to change their eyes."

GT Defense
GT's defensive line did little against Jax State and Clemson averages about 30 lbs more up front. Jax State had success with their RB running up the A-gap against those DTs. GT's defensive ends play well, particularly Morgan (#94). Most of the time they played a strongside-shifted and occasionally stack 4-3 and some Nickel (Jax runs the spread). Pressure came from the LBs on blitzes around the outside and up the B-gap mostly. I expect them to blitz on 3rd downs, with the young Dline, to get pressure.

Clemson SHOULD be able to run the ball inside, even though their LBs are fairly quick and the SS Bennett is very good. Also, our Tackles are big enough to slow down their DEs.

Injuries of note
GT's Speedy Wingback Roddy Jones will play Thursday, while backup B-back (Fullback) Preston Lyons will miss the game. Should Nesbitt go down, GT is short-handed at QB with backup Jaybo Shaw having broken his collarbone a few weeks ago, however their backup did play considerable snaps in the opener.