Dye up and quits

Share All sharing options for: Dye up and quits 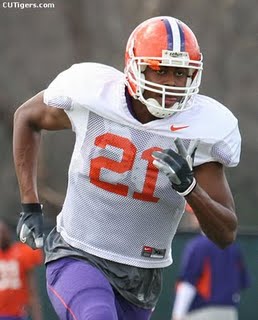 Jr WR Xavier Dye has quit the team 2 games into the season. He asked for his release and it was granted, largely because he was demoted to 2nd team X in favor of Brandon Clear after his drop against MTSU. Dye never played a snap against GT.

EDIT: Dye seems to have changed his mind. He will now be known as Xavier Favre.

"I’ve had the opportunity to visit with Xavier a couple of times. I have talked to him about some different things, but he seems to be looking for maybe a different opportunity somewhere else or whatever. We're just kind of working through that process.

"I’ll just say I love Xavier Dye. Just one of the best kids I've ever been around. He’s just worked really hard. But at the same time, competition is a tough thing sometimes.

"We’ve only played two games. It’s a long season. But this is a competitive enviroment. It’s not about who you like and all that kind of stuff. This is a game of performance and when you're in a competitive situation where it’s really close and it’s a lot of competition, you've got to perform. And if not, you've got to give somebody else an opportunity.

"I don’t think he liked where he was at this time after two ballgames. But again it's disappointing to me that he doesn't want to hang in there."

A guy quits 2 games into a season for being demoted? What the fuck? Wouldn't you have the damn good sense to ride the season out and try to get better instead of missing the year of football, and practice to get better in the meantime? Clear is not so far ahead in talent that Dye couldnt get his job back even by TCU.

Dye left Greenwood HS before his senior season because he felt he was getting no exposure, and went to Byrnes. That was dumb in itself. Some transfer issues, as I recall, kept him out for the first half of the year. Now he quits and wants to start at some smaller school. Not a team player. My understanding is that he can quit and play at a 1-AA school next year, not this year, and have 2 years to play 2.

That pattern won't serve him well in life.

I understand some people think he might've been thrown under the bus for the crucial drop, when Ford drops several. Some say he was asked to move to another position and had to learn new things. Youre a Jr, you should know those things if you had your head in the playbook and worked on catching routine passes, it wouldn't be an issue to read coverage and run a route from another spot.

He needs to take time and think this through carefully before he seals the deal.