Share All sharing options for: Big News in TigerTown

As everyone knows, there was some big news in Clemson yesterday...the return of the large Paw on the helmet. 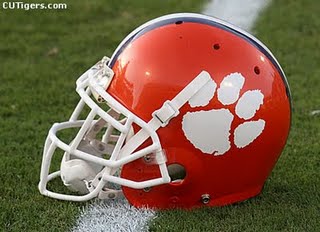 See below for a quick comparison. 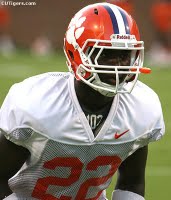 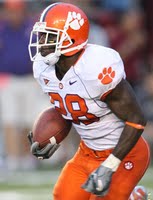 (thanks to CUTigers.com)(thanks to athlonsports.com)

Now T-Net can resume the great debate over whether the world will end if Korn doesn't play exactly half the game all games, etc...


On to real shit, in addition to naming a season opener starter at the QB position, Swinney (as well expected) has declared his intentions to redshirt five-star freshman Tajih Boyd. Good move; I also cannot wait to see more footage of him as he seems to have gained a lot of attention in the small amount of time he has been on the practice field.


The final, and most disappointing news comes out of New York, as now I will have to hear even more out of Greg Paulus. As if the flopping wasn't enough, he now is the starting QB for an extremely shitty football team. This year is already starting out strange.