What else could go wrong?

Share All sharing options for: What else could go wrong? 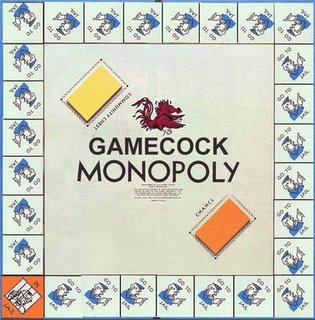 Will Korn's mechanics seem to be improving as well as his work ethic this offseason.

Korn said. "I think I am back to normal. It (shoulder) was 100 percent healthy during spring, I just had to fix my mechanics. I'm 10 times better than I was in the spring."

-Strelow covers 5 reasons Clemson will be better or worse this season:

FIVE REASONS CLEMSON MIGHT BE BETTER
1. The pressure is off

Considering how Clemson has stumbled under the weight of expectations this decade, the underdog role has to be both refreshing and motivating. Plus, the uncertainty that hovered over Tommy Bowden’s job status is gone. Few prognosticators are willing to stick out their neck on Clemson, but the talent difference between the Tigers and Atlantic Division favorites Florida State and N.C. State is negligible.

A Wall Street Journal study concluded that offensive line experience was a predictor of success last season, citing Clemson as evidence. The Tigers last season were forced to groom freshmen Antoine McClain, Mason Cloy and Landon Walker, and in the process figured out they liked their top lineman, Thomas Austin, more at guard than at center. This year, Clemson enters with the fifth-most starts among lineman (79) in the league.

3. Steele got a steal

New defensive coordinator Kevin Steele brings credibility, and he inherits quite a few assets to work with. While Clemson’s linebacker cupboard needs stocking, its starting defensive line and secondary possess as much talent as anyone in the ACC. All four linemen, headlined by ends Da’Quan Bowers and Ricky Sapp, have all-conference potential. Corners Chris Chancellor and Crezdon Butler are proven, and coaches believe DeAndre McDaniel will emerge as one of the league’s top safeties after switching from outside linebacker.

Taken at their word, Swinney and offensive coordinator Billy Napier plan to make senior running back C.J. Spiller the centerpiece of the offense. Logic dictates that putting the ball more frequently in the hands of perhaps the nation’s most dynamic back — and a projected first-round pick in last April’s NFL draft — figures to trump the alternative (bubble screens to walk-on receivers, anyone?).

The criticisms of Clemson’s offense in recent years make quite a list: It has been passive, predictable, lacked physicality and pre-snap procedures went at a turtle’s pace. Steps have been taken in an attempt to address all four, with increasing tempo ranking atop coaches’ wish list. Both starting quarterback candidates, Kyle Parker and Willy Korn, appear to possess improvisational and running skills that could add another dimension. Plus, schematic tweaks also have been made to establish a power running game.

Well we certainly agree with those, now for the 5 reasons we could suck:

FIVE REASONS CLEMSON MIGHT NOT BE BETTER
1. Quality matters
Just because the offensive line gained experience doesn’t mean it makes a quantum leap in terms of effectiveness. Furthermore, there are concerns regarding the starting personnel. If center Mason Cloy doesn’t play with greater strength, he could be replaced by redshirt freshman Dalton Freeman. The attempts to motivate right tackle co-starters Landon Walker and Cory Lambert included giving freshman early enrollee J.K. Jay a share of the first-string billing.

Paul leaves out our depth issue behind Hairston, see the FSU game last year. He doesnt mention Barry Humphries possibly beating both Freeman and Cloy out as well, which wouldnt be such a terrible thing in my opinion. He does have the experience.

2. Sapp has been sapped
Generating a more productive pass rush rates among Steele’s top priorities, and time will tell how effective Clemson’s most dangerous pass-rusher will be in that department. Sapp is coming off reconstructive surgery for a torn ACL, an injury that usually requires at least a year for recovery. It sounds as if redshirting Sapp, a senior, is not a consideration, and he is expected to be cleared medically for full participation in August.

In this event I think depth is going to be a problem in the 4th Qtr.

No doubt TCU is going to be tough, and Stockstill has Franklin (he who was fired at Auburn for not getting the spread going, despite Tubby's conservatism and stupidity for not hiring spread assistants) running the MTSU offense.

4. A dangerous mix, Part I
N.C. State quarterback Russell Wilson’s accomplishments as a redshirt freshman a year ago proved Clemson won’t necessarily have to endure growing pains at the position this season. But Parker or Korn will need help in the passing game from someone other than Spiller or senior wideout Jacoby Ford. The Tigers exited spring ball without establishing the next-best receiving threat from the cast of youngsters Marquan Jones, Xavier Dye, Brandon Ford and Jaron Brown.

I think we must expect growing pains though. LSU didnt with Jarrett Lee and their 8-5 record woke some fans up in Louisiana. I certainly expect either Korn or Parker to start off, but the other WILL play a considerable amount unless one just takes the reins, and thats not good for an offense's rhythm or consistency. You WILL see Korn come in one day and throw 3 INTs, and Parker throw a TD and lead the scoring drive, and the opposite will happen later in the season. Its better to expect that than not to. At WR we have talent but he's correct to point out we dont have any #2 threat.

5. A dangerous mix, Part II
There might be less skepticism about Swinney’s prospects for success if he had not hired an offensive coordinator with similarly atypical credentials. Napier, formerly the tight ends coach, turns 30 on July 21 and has seven games of experience as a coordinator. Having football operations director Woody McCorvey, a veteran coordinator, as a sounding board should help, but it remains to be seen how Napier will handle game-planning and making in-game adjustments.

What else do you think could go wrong that he left out?

Etc.
-GNews covers the OL, and hopefully it being a strength this year. Thomas Austin gets mentioned as having high expectations put on him in just about every article I see, I hope he plays half as good as the press makes him out to be.

-Incoming Freshman Bryant McNeal thinks he can play, and so does Napier.

-Greg Oliver writes about what I mentioned a few days ago, showing us how the ACC yet again gives SC the shaft by moving the baseball tournament.

-Which ACC coach is on the shortest leash this year? My pick is Al Groh, soon to be ex-coach of the White Meat. I think he'll be out the door this year, Randy Shannon next year if Miami doesnt win 9 games minimum.

-Another article about the SEC's new TV deal, and the impact it is already having on other conferences, especially the ACC.