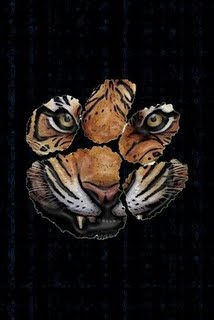 Swinney made a few comments to the media in an ACC teleconference that he had essentially made before in his other interviews this spring, so I don't believe they're worth mentioning again. He did say that he wasn't concerned about the possibility of losing Parker to next year's MLB draft (you must be a JR. or 21yo to be eligible). With his bat heating up now, its worth thinking about.

I think its pretty clear to most of us that if Kyle gets the starting nod at QB (and of course he'll play even if he doesnt start this fall) that there really is no way he'd leave unless he was a bona fide 1st rd. pick. I have never seen any comment that says he really loves one sport more than the other, just comments to the effect of "I'd like to get better at both, and then decide from there."

During the midweek games, we stomped a mudhole into Western Carolina 11-1, highlighted by Stoneburner's performance on the mound (7 IP, 5H, 1R, 2BB, 11Ks) and Schaus' 6th HR, and then walked it dry wednesday night 13-2. We're now 25-12 overall and face VT this weekend. Paulsen and Parker both hit their 8th HRs of the year, Parker's was a Grand Slam.

Looks like Clemson is really going to push CJ for Heisman this fall, they're going to make a lifesize poster of him...Now if they'll just prove to me that he'll get 25 touches per game, and not split any carries with Harper and Ellington unless he just can't do squat that day.

Dwayne Allen made some legitimate comments about the TE's role in this offense, but mostly complained about his own lack of catches. Its a good and a bad thing to do that. With nearly everyone raving about his physical talents, and the nearly-universal opinion that Ben Hall was completely wasted at TE, its likely that his complaints are founded. He mentioned that how he is being used is not how he envisioned when he signed his LOI, and that he'd "evaluate his options" in this offseason. I think he's just frustrated, as Palmer and Barry got 8 balls in the spring game, and he got none. Its good that he wants the ball, and in his comments he was deliberately short so as to not stir the pot too much, but he is a RS Freshman. Allen played mostly on 2nd team this spring, but did get reps at 1st string.

I know Spence and O'Cain aren't here anymore, but Fat Brad, Napier, and Dabo were all here for Hall's last season in 2003.

Kevin Steele spoke with reporters and revealed some interesting tidbits in another interview. The main points:

-Sapp was able to have light contact at the end of spring, and his technique on pass rush is improving.
-Conner, Maye, and Cooper are the starting LBs. Conner and Cooper are also getting reps at Money (the 2nd LB in Nickel situations) and at Dime LB.
-2nd string are likely Daniel Andrews/Buster Hunter at SAM, Campbell at MIKE, and Willard at WILL.
-S. Chambers has had a good spring, and will start at least a few games, but Gilchrist has so much ability in coverage that he is pushing for more PT. He will definitely be on as a Nickelback. Steele also believes we have the best 2-deep CB situation in the conference. All 4 could start anywhere and they push each other.