Share All sharing options for: Oh sweet! Clemson is the new West Virginia!

At least that is what the fabulous reporter Gregg Doyel says in his blog.

Dabo Swinney? Are you kidding me? Look, Clemson, you don't kill the king to promote the prince. But that's what you did, running off Tommy Bowden and promoting his receivers coach, Swinney. Because as we all know, Clemson is known as Wide Receiver U.

It looks good now, Clemson fans. I get it. Swinney went 4-2 as interim coach and beat South Carolina. Great. Terrific.

But in three years when Clemson is 4-8, remember where you heard it first.


Typical Doyel, I must say.

This GNews article does make some good points about the salary being paid to Swinney, $1mil/year for 4. Especially this part:

...Phillips needs to know from a managerial point of view who will fill the staff and just what their duties will be.

That's necessary because there's a lingering question about the gradual erosion of discipline and work ethics that occurred during the last year or two of Bowden's tenure. Swinney talked about how players slacked off in drills, didn't run on and off the practice field, how they were allowed to abbreviate stretching exercises and back off in other small areas of team-oriented routines.

All of those things contributed to Bowden's downfall. The question is why, with a full staff of professional assistants, was that lack of attention to detail allowed to continue? Did nobody notice or did they just not care? 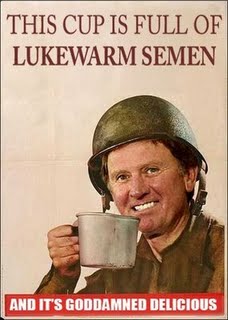 How sweet it is...
When I see their hopes and dreams utterly crushed.

"I feel like we were the better team," USC cornerback Captain Munnerlyn said, "but they came out and proved they were better than us.

"We were 7-3 and headed for a great year," Munnerlyn said. "It seems like it's all gone down the drain. Maybe we can get in a bowl and get a win."

"It just seems like we've gone downhill," Munnerlyn said. "Like last year, Arkansas to Clemson last year. Whatever it was, it's the same."

Their tears are like springtime rains from which orange flowers grow in my heart. Its called the Chicken Curse, Cap'n.