I'm just loving the stunning play-by-play of Steve Martin, I look forward to it every week. His commentary partner, Doc Walker, has an IQ of about 100, dumber than your average retard.

Please retire the Orange pants, this team does not deserve to wear them ever again.

1st Q
-First Clemson drive started well, but a poor block by Hutch caused a sack, and Cullen didnt even see him coming. We ran a screen, it didnt work...GASP.

Isnt it great when the Duke QB has better statistics than the Clemson QB?

Clemson is showing a mix of Man-Free and Cover 2 early, and for once a blitz was called and actually worked with Maye collapsing the pocket for the sack, putting them in 3rd & long and forcing a punt. Basically each side mirrored each other with the first drives.

-2nd drive, we threw to Durrell Barry! Holy shit a pass to the TE?! It was overthrown just a step, and angled too much to the sideline. Then we run a Draw! Perhaps they did watch the film this week of FSU. Playcalling early is good, execution is AWFUL. I want JD to get the ball some though.

Steve Martin on 1981-"Theres the NC trophy, the best and worst thing to happen to Clemson, because they've expected it to happen every year since."

-3rd drive: We came right out and gave it to JD, then we just had to run another GD end-around, and a screen to Grisham actually worked. CJ lights them up from 24 yds out on a counter sweep play for the TD. 9 plays, 58 yards drive.

Appears that Thaddeus Lewis is injured after the almost-sack. Our DL grabbed him by the ankle and it rolled over as he was scrambling and throwing it away. Asack is clearly well behind Lewis in ability.

2nd Q
4th drive: Cullen passes over 5000yds passing, #4 in CU history, after a great throw to Kelly. Chop block by Hutch puts us in 3rd & 20, then Cullen makes another good throw on the money to Palmer against good man coverage by the safety.

TD by JD in the flat called back on a hold, AGAIN. A defender missed assignment. It was an obvious takedown though. The penalty and another sack allowed forced a 53yd FG that died. If we could just stop shooting ourselves in the foot.... 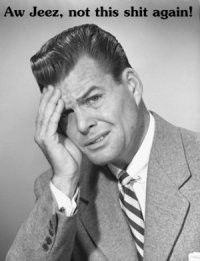 5th drive: WILL KORN COMES IN. 2 great plays by Spiller, then a penalty and a bubble screen to Kelly that gets nothing....SURPRISE. He follows it up with a great catch for the first down, I'm flabbergasted. He's 6 catches away from the ACC career mark. Just imagine where he'd be if he could catch easy passes that hit his hands. A poor screen play was almost intercepted (they blitzed), Clemson gets a 39yd FG.

6th drive: Harper back in. Screen:nothing. A good pass in the flat to Spiller (missed assignment) and Kelly, then another screen that gets nothing. Great play by CJ running after the short dump over the middle to get a TD, but it was called down at the 1. JD gets the TD on the next play off-tackle and a great block by Diehl. 8 plays, 51 yards.

Duke's passing game is now nil, and Clemson is not giving up anything on the ground. Now that Lewis is out we're basically in a base 4-3 cover 1/2 zone package, and we're getting pressure with the down 4. 3 sacks in the first half. We've forced 4 straight 3 & outs. Duke barely gets 10 total yards in the 2nd Quarter.

Offensive playcalling is fine, a few too many screens. Duke is getting far too much pressure on Harper with the front 4.

Punt returns by Ford and Spiller havent amounted to anything substantial, with Ford deciding to make people miss instead of getting positive yards on one.

-1st CU drive, Spiller burns them on a 83yd screen! A screen for a fucking TD! Great blocks by Cloy and Palmer to free him. He goes over 100yds receiving.

2nd Duke drive-Bowers bats down a pass and on the next play Hamlin makes his 4th Pick at midfield on a bad throw over the middle on what looked like a short WR crossing route.

On the following CU drive, Cullen hits JD in the flat on a wheel route, #16 misses a tackle and frees him for a big gain with a face-mask added on. Kelly fails to catch a pass that hit his numbers for a TD. See, as soon as you brag on him, he fucks up. JD takes it in up the C-G gap on the next play. Clemson has benefitted from field position all day today. Hopefully we can get one good long drive in before the starters come out and we have to go into the stiff wind in the 4th Quarter.

3rd drive-Why is Jamie Harper in now? Give the damn football to JD. He only has 9 carries for 43 yards at this point. If you would just give him 20-25 carries he'd have 100 yards every week and Priesters record wouldve been moot LAST YEAR. If you want to put the 2nd team in, why isnt Korn in? WHY THE FUCK IS JD NOT GETTING THE BALL ON 4TH AND 1? We get the ball on their 48 and can't get anything. Put your foot on their throat and stomp them Dabo, dont pussyfoot around like Tom did.
4th drive-WILL KORN COMES IN. JD nowhere to be found. J. Harper had a nicer gain coming on the Draw if Korn had helped block downfield. Korn's pass to Kelly on the screen following the False Start penalty was STUPID. He shouldve thrown that away, be thankful Kelly actually caught it or it wouldve been pick-6.

Korn misses a wide open M. Jones completely on what looked like a quick hitch or slant route, pass was 3 yards behind him into the wind on 4th down around the Duke 30.

5th drive-Aaron Kelly makes his 10th catch (95 yds) and breaks the ACC record for receptions with 217 from Cullen. Korn goes back in immediately after. Duke gets a gift on the PI that wasnt called on Dye. Clemson punts.

If Kelly can get designed plays for his record, why doesnt JD get the ball to try to break Priester's record? This is fucking Duke for Christ's sake. Tell me why he doesnt get the ball every other play this quarter?

Clemson's secondary has a brain fart as Sensabaugh decides to not cover Riley and to just jump in the air to bat the floater down with one hand instead of picking it off, and Duke breaks the shutout. It was man-free coverage. 31-7.

Sensabaugh makes up for it a bit with an INT at the Clemson 10 on the next Duke drive. This drive was the worst the Defense looked today, but it was entirely 2nd and 3rd string players.

Doc Walker makes a good comment at the end of the game. "They knew (coming into the season) their OL had problems coming in, but thats your fault. Its not like you dont have 5 300lb guys up there now, if they cant block then you have to look at the coaching. You dont hear Miami crying, because they are young up front, man up." (i.e., Brad Scott)