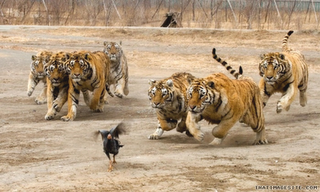 Game recap & review of the beatdown none of us expected from Clemson.

The keys to this game were the play of the Clemson secondary and the ability of Clemson to run the football adequately against a talented defense that was shaken badly in the loss to Florida last week. Ron Morris predicted a 42-6 SC victory, further proof that Morris loves to stir shit up.

Well we accomplished everything we set out to do, and though it didnt appear that way on the first drive, the first SC possession let us know.


Early in the first, we were held on downs and got a big break from SC with the holding call, then a huge catch, but Spiller fumbled on a direct snap back to the Cluckers.

After a couple holding calls put SC in a 3rd & long, the Ghost of Blake Mitchell rears his head and Smelley throws to Chancellor for his first INT at the CU 15.


At this point, Clemson was calling a few LB blitzes, but there was little pressure...and the LBs appeared to just walk to the line of scrimmage and simply stop?

On the next CU drive, the OL fails to open holes on most running plays. While the stats for the RBs looked good today, it was a direct result of a few big plays and not a consistent 4-5 yards per carry. But CJ makes his first big play and rips this vaunted SEC defense for a 39 yard gain at the end, sprung by a couple great blocks from Cloy and Diehl, and JD takes it in on the next play. Harper is doing a good job of checking down from his WRs and hitting the backs underneath. James Davis and Spiller both made some key catches in the game today.

After the defense forces a 3 & out, Jamie Harper comes up the gut untouched and the punt bounces off his chest. Clemson recovers but the SC defense does well and stuffs JD at the goal line. At this point I believed Spiller shouldve gotten a play out of those 3 in the goal situation, as he clearly had the hot hand early in the game. Clemson FG, 10-0 CU.

The Defense comes back out and puts some good hits on Smelley (one a stupid hit by Hunter out of bounds), and a hit by Maye rings his bell enough that Clemons and Hamlin nearly pick off another pass on the 3rd down play following. SC punts and Clemson recovers on the 3.

JD pulls us out of the hole, but Harper gets sacked twice inside the 10. The first was good pressure, the 2nd a coverage sack. Why didnt we have a quick hitch or slant to Jacoby called as one of the routes? Maners nails a 50 yard punt.

Following a stupid penalty by Jenkins to jump offsides on 3rd & 5, Clemons gets the 2nd pick on a ball thrown poorly behind the receiver. We get our 2nd INT, as I predicted.

The miracle play of the day soon followed. From the 50, Cullen dropped back and SC blitzed, and the DE basically came free unblocked and wrapped around his legs. Cullen, from his knees, tossed a prayer to the flat where Jacoby Ford was sitting wide open, and then juked & jived his way to the pylon. Ford was completely uncovered in the zone. 17-0 CU

On the next SC drive, they appear to be getting things going as McKinley makes a great catch and their OL stifles the Clemson rush....but, alas, the Chicken Curse strikes again and Hamlin picks off a pass at midfield intended for Jared Cook. There were 3 orange jerseys there in coverage.

Lightning began striking the Clucker D at will, gashing them for big gains, and JD takes in the TD from 20 yards out, made possible by a great block from Grisham.

SC gets the ball back and runs right back down the field, another underthrown ball was nearly picked off at the 10 by Chancellor, and to tell the truth we lucked out that it wasnt pass interference. Smelleycock chokes on 4th down, throwing the ball to the ground, but Harper shows his true colors and fumbles on the next play.

Somebody tell me WHY, when SC has no timeouts, and Clemson has a 24-0 lead, and just over 2 minutes on the clock, we would come out and throw the ball from our 30? You can run 2:20 off the clock from just kneeling on it. You could give it to JD three times and maybe get a 1st, but instead they call a pass. That was fucking dumb.

Clemson got screwed on the TD call. The reciever was supposedly pushed out of bounds, which means he can come back in and be the first to touch. The SEC officials in the booth apparently didnt look at his trajectory on the wheel route, or they'd have seen that he would've gone out either way. The man was out of bounds from the 10 to the goalline.

Just before the end of the half, Dabo goes for the jugular with a 42yd pass to Kelly to the SC 20. A high pass that Ford couldve caught sails out of the endzone. Buchholz misses the 36 yd FG to the left. 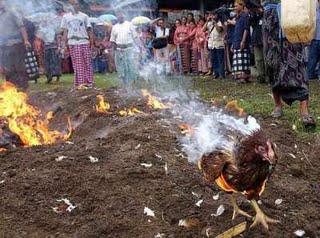 At the half, I expected Spurrier to make some adjustments and that the Cock'N Fire would play better, and initially SC moved the ball right down the field with several big plays and its 24-14. 8 plays, 69 yards on the drive.

The CU defense, after only one drive that netted real pressure in the 1st half, had not adjusted to blitz Smelley.

Clemson gets the ball and what the hell happened on the first play? We have to take a timeout after halftime when we havent run a single play? The Refs got the call right on the Harper slide and we have to kick. I wonder why Harper would not go headfirst to the sticks between the two Gamecock defenders, his lack of toughness is not something I'm going to miss next year.

Maners kick put the Coots at their 14, where the defense forces 3&out. Clemson returns the punt to the Clucker 45. Clemson was not getting much on the ground early in the 2nd half, at least not consistently. SC brought another defender to the box and we were getting no push up front, but a few big 3rd down conversions put us at 1st and Goal at the 1.5 yard line, where JD took it in off a great cut block by Kelly.

Clemson finally begins blitzing on the next SC drive. Crezdon Butler comes unblocked and he sacks Smelley and forces a fumble, but I dont know how Chavis didnt get the ball. McDaniel breaks off coverage of his Slot WR and nails the RB on a middle screen, forcing another fumble, bug Saunders recovers it for SC, again we had 3 guys in orange there to recover and nobody got it. SC punts, no return at the end of the 3rd quarter.

On the next drive, Grisham makes a great play on 3rd and long to nail a first down. Aaron Kelly does the same on a WR slipscreen on the next 3rd down, with a good block by #65 to spring him. All along, Spiller and JD are getting a steady diet of carries, but not breaking for good yardage. While the statistics for Davis and Spiller look good today, the truth is that they're inflated by a few big plays, and for the most part SC did ok against our running game. A coverage sack puts Clemson further back to kick the FG, and Buchholz misses to the left again.

SC drives back downfield, and Smelley misses open receivers in the endzone before throwing his 4th pick to Chancellor at the CU 7. The WR gave up on the ball and didnt try for it. Clemson just runs out the clock. 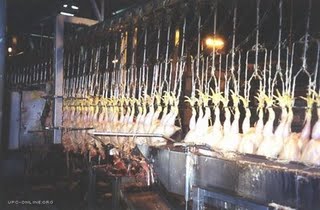 As we predicted before, if JD got 20 carries we'd win by 10. He got 23 and we won by 17. We predicted that the SC rush was a nonfactor, and aside from two drives it was.

While we hoped Clemson would blitz more, it never panned out. Clemson stayed in zone all day except for a few plays here and there.

A big worry of ours was that Jared Cook would have a big day, but Clemons came back from injury, and together with Hamlin, Cook was held to just one catch.

The team whose offense didnt screw up the most prevailed. 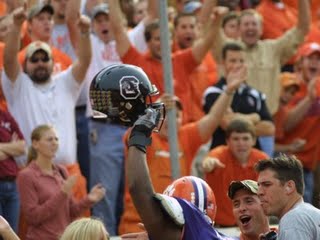