Share All sharing options for: Is Dabo Swinney ready? 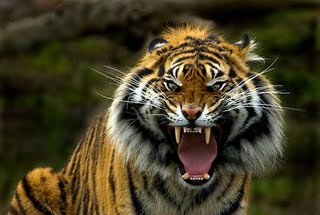 Well Ron Morris at the State says it best, as he usually does Tigers write their eulogy

While Larry Williams in Charleston gives another spot-on review here

And so does Heather Dinich...SEE ITS OBVIOUS TO THE WOMEN.

What put the first nails in the coffin was Plyler, an optimist, calling for Bowden to be fired and Dabo promoted to Head Coach.

I'm not for promoting Dabo to HC. I have legitimate questions about his ability to run the whole team.

The Good: Dabo is a dynamic recruiter. He pulls in all kinds of talent for us, along with Napier, and Saban was dying to get Dabo (a Bama grad) back to Alabama the past offseason. He's done fairly well coaching our WRs here.

The Bad: I'm not impressed with Kelly's ability to catch, and Rendrick Taylor is a travesty in terms of waste of talent. We bring in a David Boston-type player and he never does anything, and gets injured on every other play. Grisham is tough. Jacoby is brittle.

The question: Is Dabo proven? He doesnt call our plays, so we have no logical reason to assume he can run a whole team. He doesnt even run one half of the team. Danny Ford was 30 when he was promoted to HC, and he wasnt the OC under Pell. Dabo is 40 and they say he has what it takes.

It worked out for us then, what about now?

I believe he will, but like West, he might not be quite ready for this job, even as interim. 10 years from now its likely I'll regret that statement, because he definitely will be a good coach somewhere eventually. But for now, Clemson needs either a great assistant, like Will Muschamp at Texas (former Auburn DC and LSU DC under Saban, and a UGA graduate) or Steve Sarkesian (USC OC, former 49er OC), or a proven head coach from the 1-AA or 1-A level like Jim Leavitt or Pat Hill.

Any coach we get will need to have a reputation for developing physical and mean football teams, thats all I care about at this point.

Now I'm just throwing names around, there are points against any of these guys, but I think you get the drift.

Koenning is the only one with some HC experience. I dont want him to inherit the job permanently, but right now I'd die if they promoted Spence. If the administration fired Bowden tomorrow (which they wont, because they dont care about winning games) and hired Dabo, I wouldnt be upset or surprised as they tend to like him, but logically I see no reason why Dabo should get the job.